OnePlus 2 Churning-out in Leaks with Sketch and Images

It’s raining rumours for the much anticipated OnePlus 2 that are not taking a pause from circumgyrating over web. It’s been few days, when the Chinese conglomerate officially declared a special Virtual Reality launch event for its next flagship killer on July 27, which will be using specially designed Google Cardboard for it. This report was not stopped from gaining huge attention, another has come with few images and few more details.

A user @KJuma on Chinese social networking website Weibo has posted a sketch of this alleged handset, where it is mentioned that the phone will be featuring 5.7-inch display. If it does so, then this would be bigger than its predecessor. However, no leak has been found on screen resolution. According to leaked image, this successor looks almost similar, but some changes in design from its elder brother can easily be seen. Speaker grille has got more number of holes and metal framing is also there. 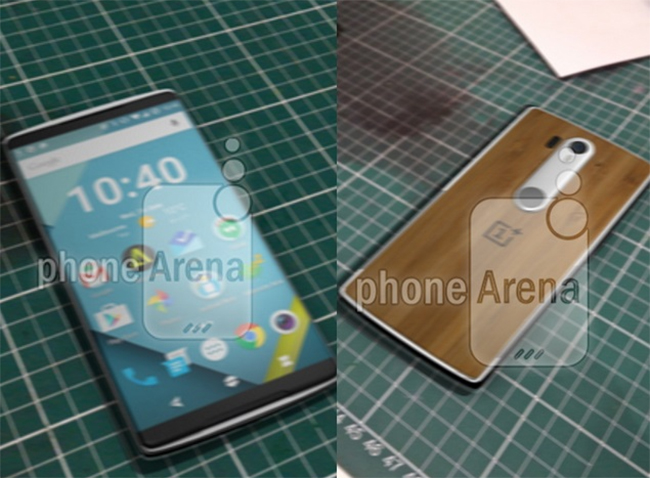 On the other side, a couple of image has also been caught which is posted by PhoneArena. In these images, you can take a clear view of front and rear panel of the upcoming OnePlus device. Well, the front seems identical with OnePlus One, but rear panel has wooden finish. Vertical bar on rear side is speculated as fingerprint scanner which is a new feature for the Chinese juggernaut’s next flagship killer.

It was also reported earlier that USB Type-C connectivity will also be there in the unannounced OnePlus 2 and Snapdragon 810 will also give its power to the phone for best performance result. Well, what’s the reality behind this successor will come in front of you on July 27 at 7.30am IST (7.00pm PT), the day when the device will launch using Cardboard VR Headset.

OnePlus 2 Soon To Get VoLTE Support But Will Be Missed In OnePlus One, X
Views: 1219