Panasonic, the Japanese multinational electronics corporation has expanded its product line by launching the Eluga Ray 600 in the India market. It comes with a 4,000mAh battery, a rear-mounted fingerprint sensor, a 5.99-inch HD display, Android 8.1 Oreo out-of-the-box. It has been launched in three color options including Blue, Black and Gold which is available for purchase exclusively at Flipkart. Within a week of the launch of Panasonic Eluga X1 and Eluga X1 Pro, Panasonic made the announcement of Eluga Ray 600 in India. To recall, the Panasonic Eluga X1 and Eluga X1 Pro have been priced at Rs 22,990 and Rs 26,990 respectively.

Pankaj Rana, Business Head Mobility Division of Panasonic India stated in a press release, "We are glad to expand our big view series portfolio with the launch of Eluga Ray 600. Panasonic has always been known for innovation and technology, the new Eluga Ray 600 is meant to provide a powerful experience to our customers seeking high definition display, stylish looks and a battery that lasts over 24 hours! Eluga Ray 600 is equipped with Panasonic's in-house AI - Arbo Hub, our one-stop app to make life easier. The sleek device is designed for the young audience who likes to enjoy technology with style"

In India, The Panasonic Eluga Ray 600 comes with a price tag of Rs. 7,999 which will be available for purchase exclusively at Flipkart. The deliveries of the smartphone will start from October 11 which would also become a part of year biggest Flipkart's Big Billion Days Sale which is to be scheduled between October 10 to October 14. The customers can choose from Blue, Black and Gold color variants.

The affordable Panasonic Eluga Ray 600 comes with a 5.99-inch HD+ IPS Display and runs on Android 8.1 Oreo- out-of-the-box. The smartphone is embedded with a quad-core 1.3GHz MediaTek MT6739WA processor. For storing data, the company has offered 3GB RAM and 32GB internal storage which can be further extended up to up to 128GB by using a dedicated microSD card.

For photography, the Panasonic Eluga Ray 600 has a 13MP rear camera and 8MP selfie snapper. An LED flash is available on both front and rear panel. The camera app has been preloaded with features like bokeh effect, and time-lapse video with auto scene detection which enhances the photography experience. 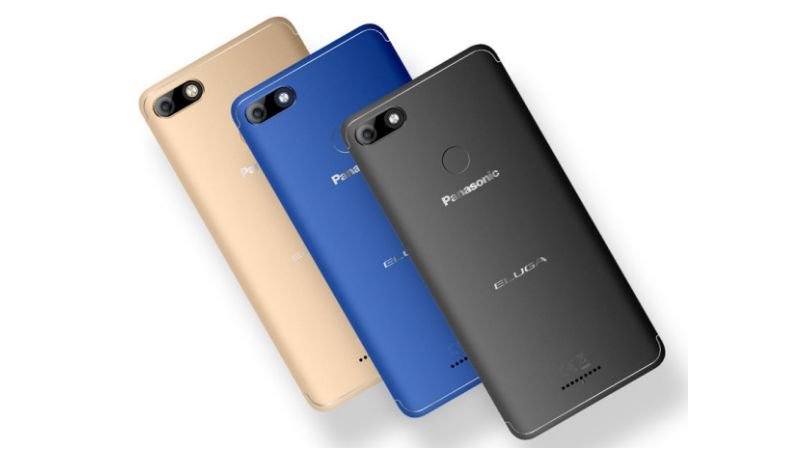 The Panasonic Eluga Ray 600 has a battery capacity of 4,000mAh which is touted to deliver the battery for the whole day. The smartphone supports dual-SIM slots (Micro + Micro), Bluetooth v4.1, GPS, FM Radio, LTE, Wi-Fi 802.11 b/g/n, OTG, and Micro USB port. It has been equipped with an accelerometer, proximity sensor, ambient light sensor. For the security purpose, the smartphone gets a rear-mounted fingerprint scanner and face unlock which unlock the Eluga Ray 600 in few seconds.

The dimensions of the smartphone are 158.5x75.5x7.9mm and weight is 158 grams. It has been equipped with Arbo Hub app (AI-based app) that allows the users to utilize apps and services like Uber, Ola, Newspoint, MobiKwik and more.