Phillips, the biggest electronics company is known for its quality products which hold an eminent position globally. In early 2000, company was the vendor of its feature phones and after that, it ended up its production in mobile manufacturing. Now the company has made re-entry in the mobile market by starting mobile production again. The mobile division of popular Dutch electronics company has made its come back with three new mobile phones which are ranging from Rs. 8,290 to Rs. 20,650. Journey of the company has re-began with S308, W3500, and W6610 series of smartphones.

Phillips S308, the dual SIM smartphone with Android 4.2 Jelly Bean platform has come in Indian market at very affordable price of Rs. 8,290. The 4-inch TFT display with slightly curved design offers screen resolution of 480x800 pixels. 1GHz dual-core processor is used by the device to power the phone. 512MB RAM along with 4GB inbuilt storage provides more room to collect your all kind of stuff. Its microSD card slot gives you the option of storing upto 32GB data. It gets 5-megapixel rear shooter with LED flash and also sports a VGA camera. It comes in Black, Blue, Red, White, and Yellow colors. 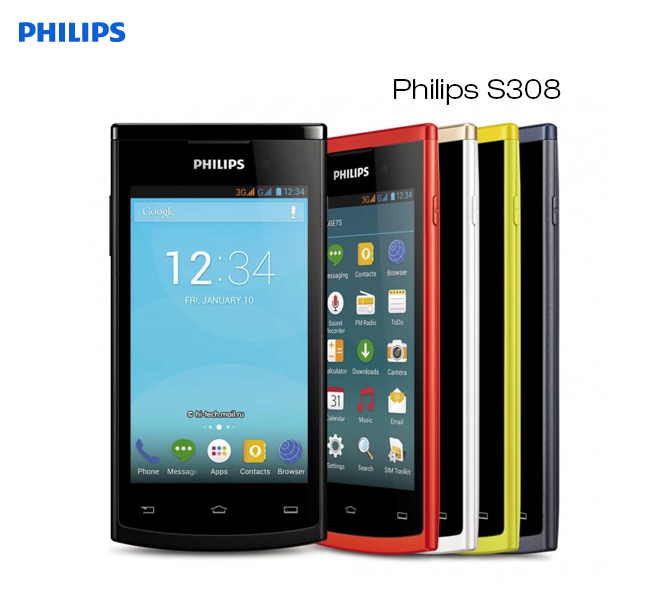 The next phone in the sortie is Phillips W3500 which is priced at Rs. 16,195. The phone is embedded with Android 4.2 Jelly Bean OS which gives the phone a smooth appearance with quad-core processor, clocked at 1.3GHz. It is interlaced with 1GB of RAM which gives power-packed performance with 4GB of internal storage, expandable upto 32GB via microSD card slot. 5-megapixel rear camera and 2-megapixel front camera is perfect for capturing images. It is backed by 2200mAh battery. GPS/ A-GPS, Wi-Fi, GPRS/ EDGE and 3G features are supported by the phone. 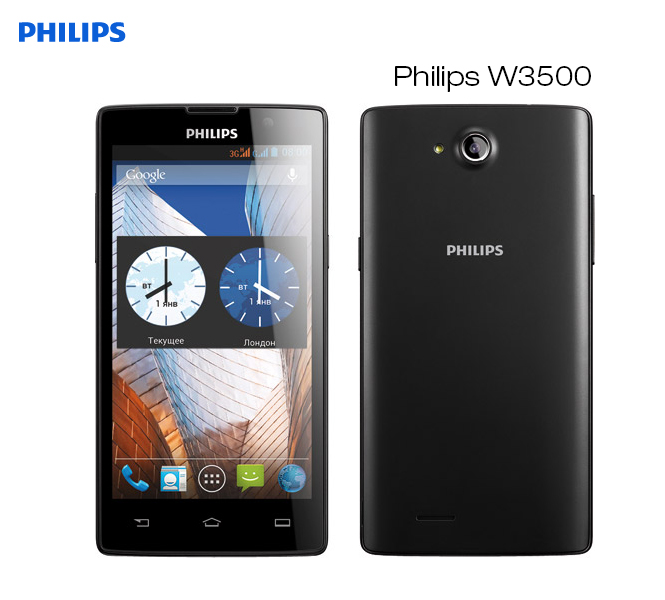 The biggest inventions of the company Xenium W6610 will buzz the smartphone market by its most powerful battery of 5300mAh capacity. The large battery makes a promise of delivering 33 hours of talk time and up to 1,604 hours of standby time. The dual SIM handset is coupled with Android 4.2 Jelly Bean OS and features 5-inch qHD IPS display with screen resolution of 540x960 pixels. 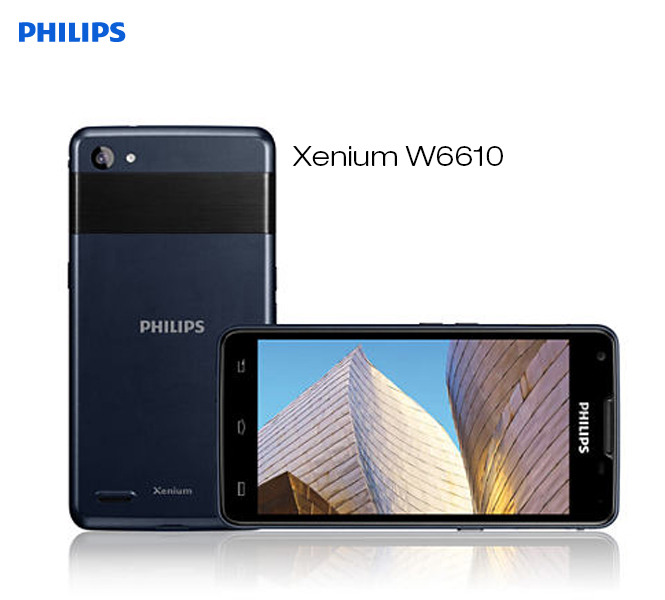 Quad-core processor is used to enhance the performance of the device, clocked at 1.3GHz. W6610 is shipped with 1GB RAM and comes incorporated with 4GB of inbuilt storage that can be expanded upto 32GB using microSD card slot. Rear end of the handset gets 8-megapixel autofocus camera with LED flash and CMOS sensor. Front gets 2-megapixel snapper for video calling. Connectivity option includes 3G, Wi-Fi, Micro-USB, and Bluetooth.