To recall, the smartphone is available in India in just Coral Blue, Maple Gold, and Midnight Black colors. Apart from the new color, the rest of the specifications remain the same for the Galaxy S8+. The smartphone operates on Android 7.0 Nougat and sports a 6.2-inch Infinity display with a resolution of 1440x2960 pixels. The Galaxy S8+ has been powered by 1.9GHz octa-core Exynos 8895 processor and coupled with 4GB of RAM.

On the camera front, the smartphone features a 12-megapixel primary rear camera and an 8-megapixel camera at the front for taking selfies and video calling. The Galaxy S8+ comes with 64GB of built-in storage that can be further expanded up to 256GB via a microSD card. This latest Samsung smartphone has been equipped with 3500mAh non removable battery. The device measures 159.50x73.40x8.10mm and weigh 173 grams. The Connectivity options on the smartphone include Wi-Fi, GPS, Bluetooth, NFC, USB OTG, 3G, and 4G LTE. The Galaxy S8+ comes with an IP68 dust and water resistance rating and has a fingerprint scanner at the back. 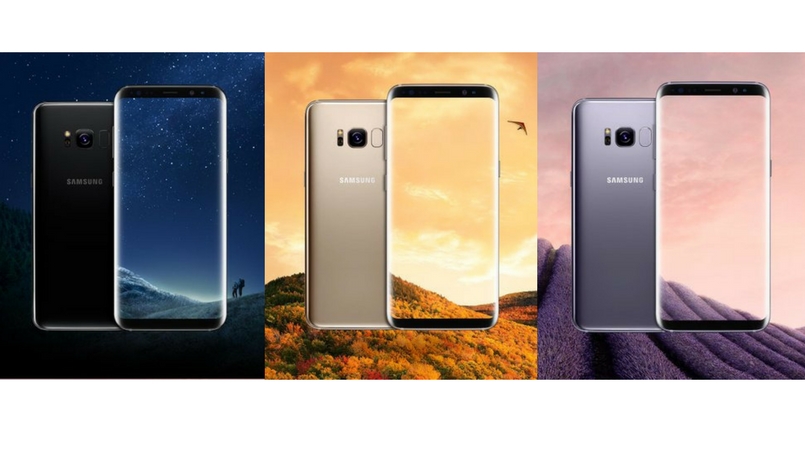 Further, it must be remembered that the Samsung had launched the Galaxy S8 and Galaxy S8+ in the month of April for the Indian smartphone users, with 4GB RAM and 64GB of inbuilt storage. The Samsung Galaxy S8 is priced at Rs. 57,900 (MOP), while the regular Galaxy S8+ variant is priced at Rs. 64,900 (MOP), giving the new variant a premium of Rs. 10,000. The Indian versions of the Samsung Galaxy S8 and Galaxy S8+ are powered by the Samsung Exynos 8895 SoC and are almost identical smartphones. The primary differences are battery capacity, dimensions, and screen size of the Infinity Display, which is a dual-edge curved display with an 18.5:9 aspect ratio, complete with Corning Gorilla Glass 5 protection. The Galaxy S8 sports a 5.8-inch QHD+ (1440x2960 pixels) Super AMOLED display, while the Galaxy S8+ sports a 6.2-inch display with the same resolution and display technology. The displays are certified by the UHD Alliance as Mobile HDR Premium.

Must Read: Samsung Launches It's Magnum Opus Galaxy S8, Galaxy S8+: All The Amazing Features You Must Know

The processor of the handset i.e. the octa-core Samsung Exynos 8895 SoC comes with a quad-core module clocked at 2.35GHz, and another quad-core module clocked at 1.9GHz. On the camera front, Galaxy S8 and Galaxy S8+ smartphones feature 12-megapixel 'Dual Pixel' rear cameras with optical image stabilization and a f/1.7 aperture. Whereas, on the front, the smartphones bear 8-megapixel front cameras with autofocus, and also bear a f/1.7 aperture. Both smartphones have inbuilt storage that can be further expanded via microSD card (up to 256GB). 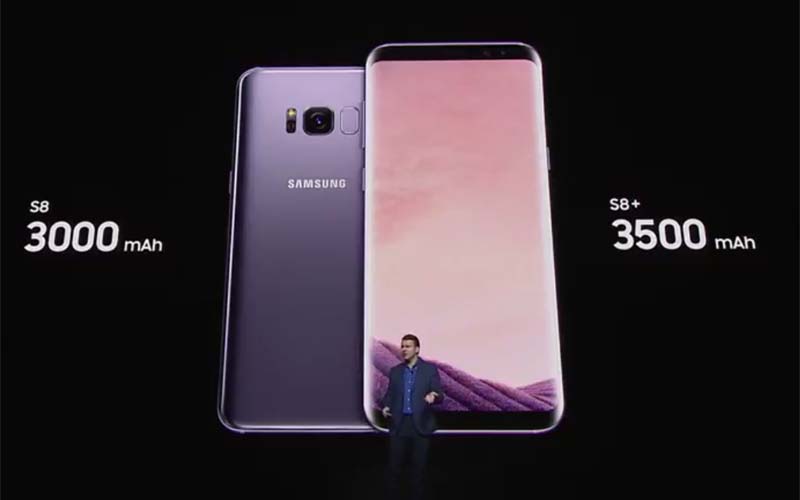 Both the Samsung Galaxy S8 and S8+, have 4G LTE connectivity along with i-Fi 802.11ac (2.4GHz, 5GHz), Bluetooth v5.0, USB Type-C, NFC, and GPS. The top smartphone sensors in the handsets are an accelerometer, ambient light sensor, barometer, gyroscope, heart rate sensor, magnetometer, and proximity sensor. Both these Samsung devices also have support for Samsung Pay, with NFC and MST connectivity. The Galaxy S8 and Galaxy S8+ are powered by a 3000mAh and 3500mAh battery respectively, that support wireless charging as well as fast charging.

Watch Video: Hands On Galaxy S8 and S8 Plus

Indian Automobile Sector: Loss of Around ₹ 15,000 Crore due to Coronavirus Outbreak
Views: 17796

Look What New Samsung Galaxy Flagships Have For you!
Views: 13471