Samsung, South- Korean Mobile Firm had launched W2017 flip phone in China last year. Now the company has recently launched its flagship SM-G9298 flip phone in the similar market. It must be noted that the premium flip phone with model number SM-G9298, is actually called as "Leader 8" and comes with an improved processor and optics as compared to W2017. It is available only in black color option.

The company has confirmed that the SM -G9298 flip phone will only be available in the Chinese market and has yet not disclosed the time frame for the launch in the other global markets. The recently launched flip phone has already been listed on the Samsung official Chinese website.

Talking about camera specifications of Samsung SM -G9298 flip phone, it comes up with 12- megapixel rear camera along with f/1.7 aperture and 5-megapixel front facing the camera with f/1.9 aperture. In terms of storage, it is coupled with 4GB RAM along with 64GB inbuilt storage which can be further expanded via microSD card up to 256GB. Leader 8 is powered by a quad-core Snapdragon 821 processor and clocked at 2.15GHz. 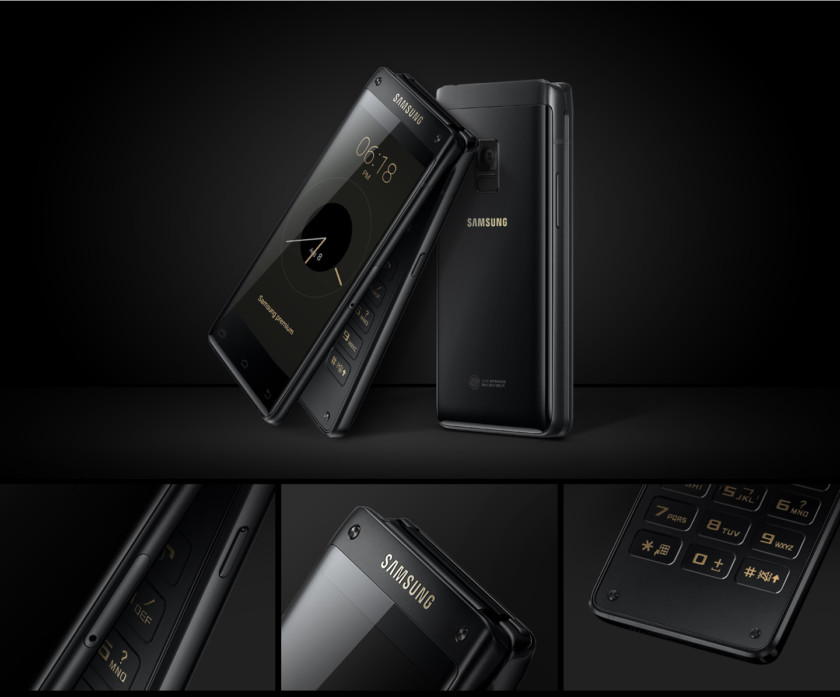 In terms of display, it sports two 4.2-inch Super AMOLED displays along with Full HD resolution on the outside as well as inside. The Samsung G-9298 measures and weighs - 130.2x62.6x15.9mm and 235 grams respectively. It packs a 2,300 mAh battery along with support for wireless charging.

It must be noted that the Samsung has yet not disclosed the price details of the Samsung SM -G9298 flip phone.

Must Visit Our Google+ Community Page For Latest And Updated Smartphone News Across the Globe.

Samsung Flip Phone Expected to Unveil By End of This Year
Views: 821