Back in May, Sony had announced that Japan-only high-end smartphone: Xperia Z4 will roll out as Xperia Z3+ globally in June. Keeping its promise, now corporation has targeted the Indian space, and launched its top-shelf handset with a price tag of Rs. 55,990 in native space. Notably, business head of Xperia series: Taro Yamamato officially debuted the device during an event held in New Delhi.

As per IBTimes, global variant of Z4 is procurable from today via retail stores and prospective buyers can choose among four color variants, namely-Black, White, Copper and Aqua Green. Diving into phone, it features a 5.2-inch FHD (1920x1080) IPS display decked with TRILUMINOS and X-Reality technologies, which is its one of the main selling points. 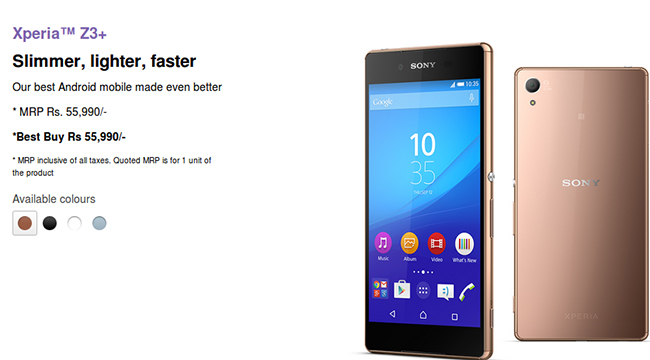 The inclusion of Qualcomm 64 bit Octa-core Snapdragon 810 processor complemented by 3GB RAM makes the gadget a true rival of many flagships of leading brands such as LG G Flex 2, HTC One M9 and Xiaomi Mi Note Pro. With IP65 and IP68 certifications, Xperia Z3+ can withstand downpour and survive into submersion of 1.5m deep water for 30 minutes. In addition, it resists tiniest dust particles.

On the connectivity front, smartphone houses NFC, 4G LTE, GPS, GLONASS, Bluetooth 4.1 Wi-Fi and capless USB port for charging and other necessities. Its 20.7-megapixel auto focus rear camera and 5-megapixel selfie snapper are truly peerless and commendable, which produce the brilliant virtual outputs of real world. Click Here to get a detailed information about the handset. 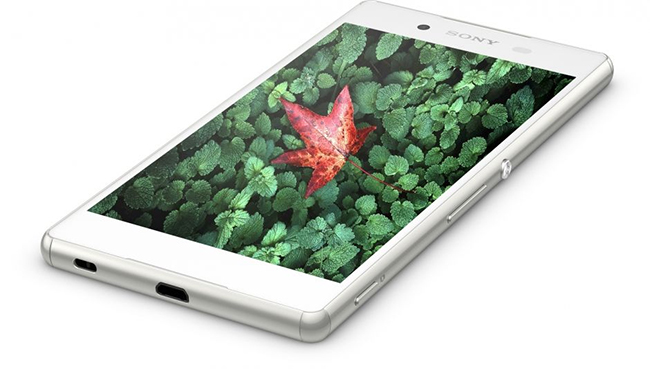 Well, corporation has given an efficient and promising gadget to mobile industry, but domestic marketplace is not so easy for this creation of Sony. Here, Samsung Galaxy S6 & S6 edge, LG G4, Apple iPhone 6 & iPhone 6 Plus and HTC One M9+ are the biggest opponents of Z3+.