The much anticipated Sony flagship Xperia Z4 has been brought out from wraps silently. The Japanese juggernaut has almost dropped the bombshell by announcing its mush talked and much awaited smartphone behind closed doors. People were become zesty for the new flagship and it has tricled out in real world after wallowing in the shebang of lots of canards.

Well, the Xparia Z4 is now out in the native place and we have all the entrails to depict its flair and pizzazz. Like its cousin Xperia Z3, this new handset has not used the doors of any International event. It has been yanked off secretively by the officials without any prior information.

As per the Engadget report, company has done very few changes in this year’s flagship; quite identical in specs and design with last year’s Xperia Z3 smartphone. So, the device is apparently much far from the specifics one want to see in this Sony handset. Though, manufacturer has put on some improvements compared to last year’s Sony flagship. Most of such enhancement can be seen on its front snapper section. 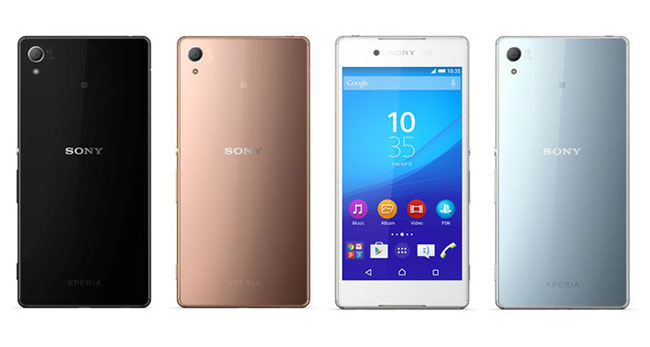 The front shooter got the jump from 2.2MP to 5.1MP with 25mm wide angle lens. Digital image stabilization is also there to maintain your selfie craze. Timer functions have been added to confer you with improved selfie result. While the rear panel sports the same 20.7MP camera with company’s own Exmor RS sensor and 25mm wide angle lens.

The 5.2-inch display with 1920 x 1080 pixels screen resolution seems okay while the competitor companies are bringing their flagships with improved display resolution like LG G4 has been set to come with a QHD display. Well, the company understands the today’s demands and for this reason has designed the Xperia Z4 6.9mm thin. The metal frame is also there with slightly thin profile. Tech giant has also made it lighter with 144 gm weight.

To offer great audio experience, this new handset has LDAC along with Bluetooth 4.1 and 802.11a / b / g / n / ac (MIMO) Wi-Fi. You may like the cap-less USB ports in this new Xperia handset while the predecessor has covers on the USB ports. Xperia Z4 is also waterproof and dustproof.

That’s all about the outer body, now move to the inside. Under the body, there is Qualcomm’s Snapdragon 810 processor which is developed for offering fastest performance result. This high-end chipset got the compliment from 3GB RAM. And, all such top-notch specs will boost the Android 5.0 Lollipop experience on this new Xperia Z4 Smartphone. Other specification includes 2930mAh battery, 32GB built-in storage, and 128GB expandable storage (via microSD card).

The phone has currently announced for Japan only and company has not revealed that when this device will be going to other countries in world, no word on price also. The Xperia Z4 will hit Japan’s market in summer with 4 colors - white, copper, black, and aqua green.