As we know, the inception of Samsung's two brand-new flagships: Galaxy S6 and S6 Edge is basically an attempt of South Korean giant to dethrone the Apple iPhone 6 and iPhone 6 Plus, which are the most brilliantly-engineered handsets as yet. However, both the mobile phones are still in headlines due to rumors regarding price and availability, and now company has again come in limelight with an upcoming waterproof version of Galaxy S6, called Galaxy S6 Active.

According to the reports of Sammobile, corporation is working on a rugged edition of its futuristic mobile: Galaxy S6 that will feature a waterproof body, which will protect the internal hardware of phone even after being submerged completely underwater for a long period of time. To remind you, we had recently seen this attribute in Sony Xperia M4 Aqua. To know more about Xperia M4 Aqua Click Here.

Coming to specifications, appended with a Model Number: SM-G890A, gadget has been claimed to be decked with almost identical specs as the ideal model. Here, inclusion of Exynos 7420 SoC has been mentioned by informant as well as smartphone is expected to bear a 5.1-inch QHD Super AMOLED+ capacitive touchscreen with a pixel resolution of 2560 x 1440p. 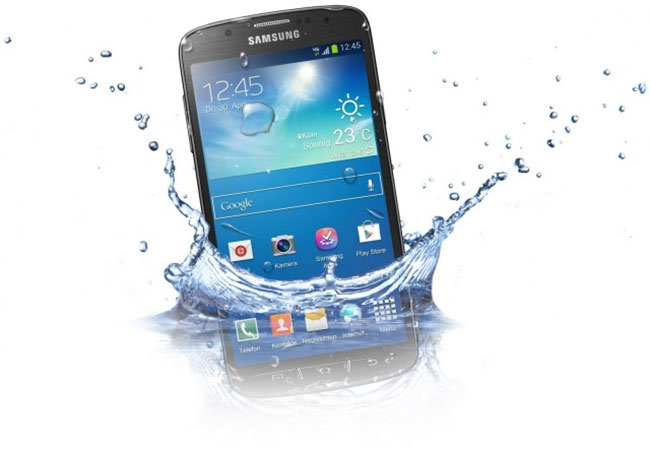 On memory front, handheld will be arrayed with 3GB RAM alongside 32GB of internal storage. Similar to original version, Galaxy S6 Active will be fitted with a 16-megapixel autofocus main camera with LED flash along with a 5-megapixel front shooter. Visit Here to get a detailed information about Galaxy S6.

Apart from similarities, the forthcoming handset will be power packed with a 3500mAh battery, which is beefier than its predecessor. The comprisal of a bigger battery as well as cosmetic changes are the major factor to increase the dimension of mobile phone and it has been said to measure 73.6 x 146.9 x 8.8 mm scale rather than 70.5 x 143.4 x 6.8 mm dimension of S6.

Though, Samsung is tight-lipped about its next-iteration, but sources are suggesting that new scion of rugged smartphone lineup will exclusively go on sale via AT&T networks.

Samsung, LG, Vivo, and Others Have Shut Its Smartphone Production in India
Views: 656

Samsung Galaxy is all set to launch S20 series
Views: 1091

Look What New Samsung Galaxy Flagships Have For you!
Views: 937

Samsung Galaxy Note 10 Lite is all set to trend in India
Views: 474