Zopo, a China-based smartphone manufacturing firm has launched its new budget smartphone under its Hero series, dubbed as Hero 1 in India. The handset is listed on the company's website at a price tag of Rs. 12,000 and will be available via online and offline retail stores soon. 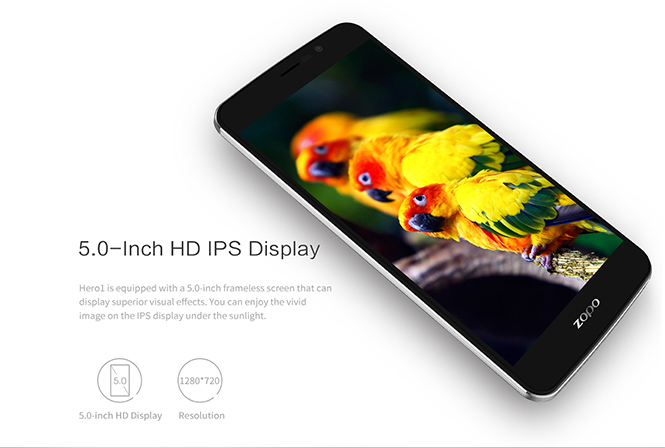 In terms of specifications, the dual SIM enabled smartphone is featuring a 5-inch HD display with a resolution of 720*1280 pixels and is offering a pixel density of 293ppi. Under the hood, the device is operated on Android 5.1 Lollipop based operating system and is powered by a 64-bit quad-core MediaTek MT6753 processor. It is clubbed with 2GB of RAM and Mali-T720 MP1 (600MHz) GPU. 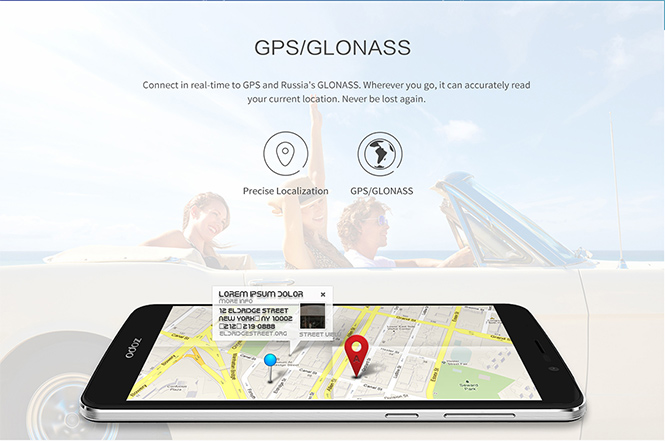 The smartphone houses a 16GB of inbuilt storage, which can be further expanded up to 64GB via microSD card slot expansion. Out of 16GB storage, 11.13GB is user accessible. On the photography section, the Zopo Hero 1 is loaded with 13.2-megapixel autofocus camera at the rear end with an OV13850 sensor, f/2.2 aperture, 5P Lens and LED flashlight. At the front panel on the board, it is equipped with a 5 megapixel fixed focus front facing camera with f/2.8 aperture and 3P lens.

Kevin Xu, Founder of Zopo revealed on the launch of Hero 1, "The mobile device market is the most competitive market today and at Zopo we make sure that we are at par with the contemporary trends. We have a constant eye on the customer demand and behavior, based on which we design and structure out smart devices. We do not believe in loading redundant features on a device that a user would never use. Bearing this in mind, the new Hero 1 simplifies life for people with its minimalist yet futuristic features for people with smart and uncomplicated needs."

India’s contribution to global smartphone market might fall back to 9% (same as 2016)
Views: 9274

Samsung, LG, Vivo, and Others Have Shut Its Smartphone Production in India
Views: 9967