Setup on January 1, 2015, the Indian government think tank, NITI Aayog, has commenced a pilot project in the country in order to support the electrification of India’s automobile industry. In this initiative, the concerning department will set up a range of 135 electric vehicle (EV) charging stations in first phase in the national capital region (NCR). The NITI Aayog, that stands for National Institution for Transforming India works under the leadership of Prime Minister Narendra Modi.

Named as a ‘quick pilot’ project, the move could turn out as the trump card for the NITI Aayog in respect to successfully rolling out EV infrastructure in the NCR region as well as in other parts of the country. Expectations suggest the project to kick start from November 2017 and 135 charging stations will be installed by NITI Aayog in the Gurugram-Indira Gandhi International Airport-South Delhi-Noida corridor. From the total, 46 stations will be DC quick charging ones and the remaining 89 will be relatively slower AC stations.

Related: BS-IV Grade Auto Fuel to be Available in Delhi-NCR Region From April 2018

Other than this, Niti Aayog has already hinted that the project can only reached to a greater heights with the aids of respective state governments and select governments and private authorities. 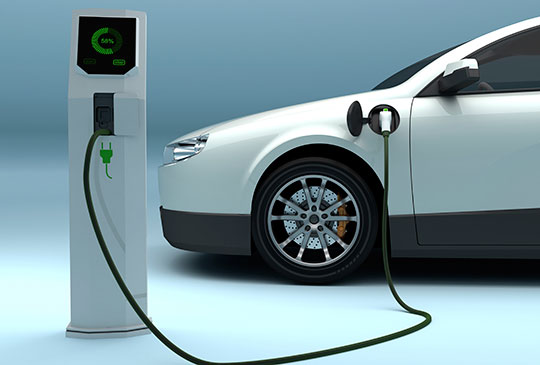 Next in queue, Telangana that is considered as the youngest state in the country, has also taken firm steps with the support of private partners in order to adopt electric vehicles (EVs), setting up charging stations and lowering taxes on EVs.

YMRI Along with YMC Developing Electric Vehicles For India and Export Markets
Views: 2113

Indian government to Grant Up to Rs 105 crore to cities for EVs
Views: 842