After whooping the 2016 Paris Motor Show with an innovative material concept design of i3 and i8 EV units, the German automaker BMW is coming to cheer Indian car enthusiasts with a mid-life facelift version of its 3-Series Gran Turismo. With information available, the carmaker will unwrap the model on October 19 this year. The upcoming coupe will reportedly have some tweaks to its design and styling as well as a petrol variant could be included alongside its regular diesel trim.

Taking the notes on powerhouse first that has been offered only in a diesel engine for the India-based model, while internationally, you have an option between five diesel motors that develop power between 149 Bhp to 310 Bhp and three petrol mills ranging from 183 Bhp to 323 Bhp. The India-spec variant is powered by a 2.0-litre unit that is tuned to churn out 187 Bhp of power with 400 Nm of torque. No such details have been revealed about the gasoline unit yet, but it believed to be fitted with a 2.0-litre turbocharged with an almost similar power of 181 Bhp and 270 Nm of torque. 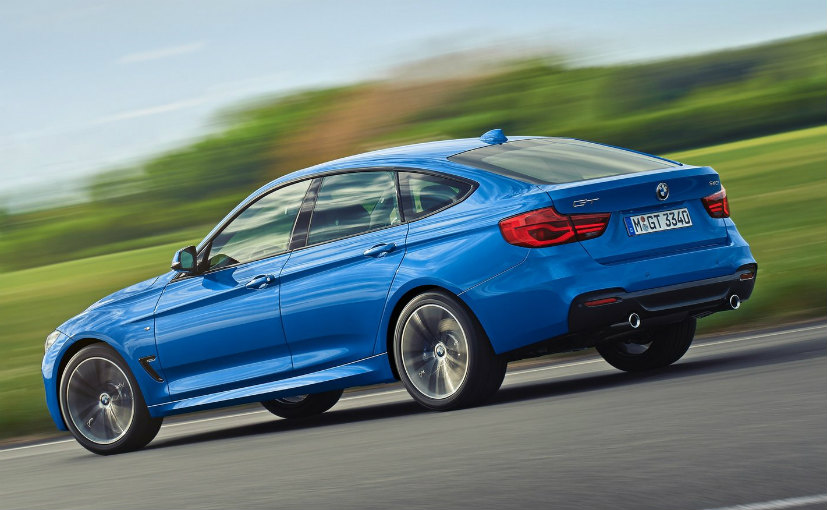 On the designing front, the car has been dominated by a redesigned bonnet along with revamped headlights and restyled grille. The front bumper has also been modified in order to make the unit sportier. LED headlamps are now standard across all the variants. Moving to the side profile, it is more or less similar to its predecessor except for the new alloy wheels. The rear end sports a larger bumper and fresh LED taillamps. The interior is likely to have more premium upholstery and some updated features.

Initially, the automaker will import this 3-Series GT as a Completely Built Unit (CBU) route. Well, in that case, the car will be labeled with a higher price tag and that could lie in the bucket of INR 40 Lakhs to INR 45 Lakhs (Ex-showroom).