Kawasaki is planning for a worldwide launch of its all new 2016 Ninja ZX-10R at Sepang, Malaysia. Southern town's Motorsport race track, the Sepang International Circuit will witness the testing of the bikes in an optimum predicted weather. Soon after this, the bike will make a move to the Indian two-wheeler market.

Last year in December, the ZX-10R went for the launch at a small track in Australia. Here in Malaysia, the launch is going to be done on a more challenging race track under the instruction of the former WSBK champion Tom Sykes. While the development of the bike, Sykes performed an important role and Kawasaki affirms that this is the nearest thing to a factory world Superbike. He would be answering the questions regarding the bike's performance. 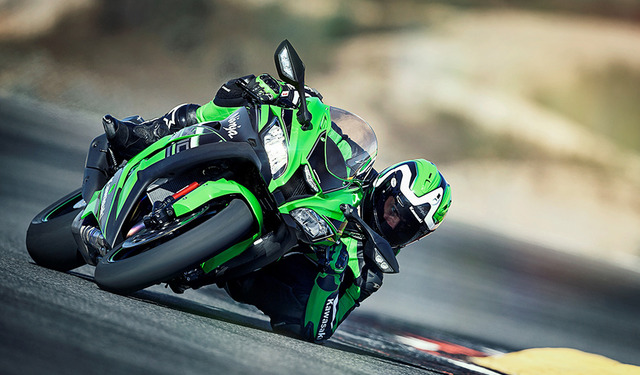 The new 2016 Ninja ZX-10R takes tremendous alterations in engine, chassis, suspension, fairing, electronics, brakes and exhaust. Under the hood is a 998cc inline-four liquid-cooled engine that generates 197BHP of power. Every other single component of the motorcycle has been tested with precise detailings. The engine comprises of a new Euro 4 aluminium exhaust, a much lighter new cylinder head and an electronic throttle. Bosch's Inertial Measurement Unit has been equipped into the bike, which provides the information required to deliver a significantly greater level of safety and comfort, as well as increased performance. A couple of other technical bits include- Kawasaki's anti-lock braking system, Kawasaki Launch Control Mode, Quick Shifter, Engine Brake Control and Traction Control unit.

The Japanese automaker will introduce the new Tourer as a Completely-Build-Up(CBU) unit and it will be available only at the dealerships of Kawasaki. As per the pricing, Kawasaki is going to put the price of the 2016 Ninja ZX-10R slightly up than the existing variant, around Rs. 18.17 lakh (ex-showroon, Mumbai).