2016 KTM RC 390 has received some significant updates that was unveiled last month at the 2015 EICMA Show in Milan, Italy. It is the core concept of the firm that will make it more powerful and performance oriented. The 2016 KTM RC 390 is here in the country for the very first time that has been captured in the camera from the company’s Chakan based facility. It is expected that the motorcycle make its debut at the upcoming 2016 Auto Expo. 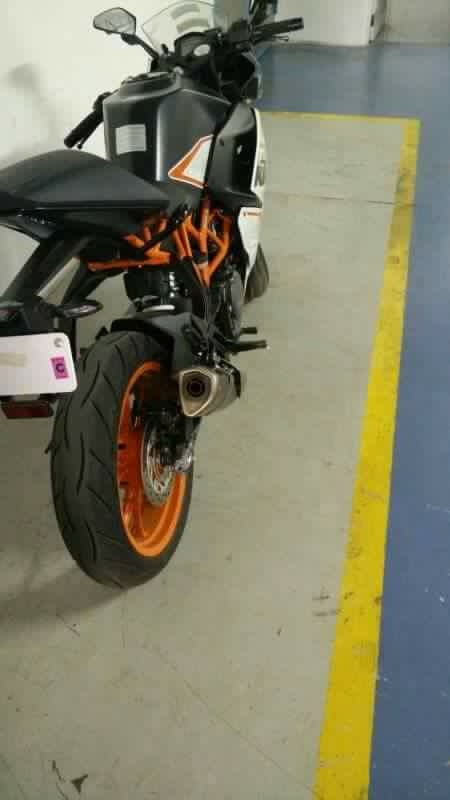 The interesting upgrades happened this time in the 2016 KTM RC 390 that includes a slipper clutch that has been seen in naked sibling Duke 390, a larger 320mm front disc brake and ride-by-wire technology. The motorcycle is featuring an adjustable disc brake and clutch lever that will enhance the overall braking experience. It gets side mounted aluminum exhaust instead of underbelly exhaust that complies with the EURO 4 emission norms. Apart from this, cosmetically, the design and body cues remain the same as the manufacturer has not made any changes in its body profile.

In terms of the technical specifications, the motorcycle is powered by the same 373.2cc single-cylinder liquid-cooled, fuel injected motor that returns 43.5 PS of power at 9,000 RPM and 35 Nm of torque at 7000 RPM, all the power are propelled with the help of six-speed transmission. The handling stability comes from its front WP upside down forks and rear monoshock setup.

The 2016 model along with the host of new features will be launched in the country by the mid of the next year.