A heavily camouflaged Ford Endeavour test mule has been spied performing test runs. The vehicle captured was the pick-up variant of the model in question, which is popularly known as Ranger. The second-generation of the Endeavour was introduced in early 2016, as it’s the time for the model to receive a midlife update. So, the spotted test mule could be the 2017 facelifted model of the Endeavour. 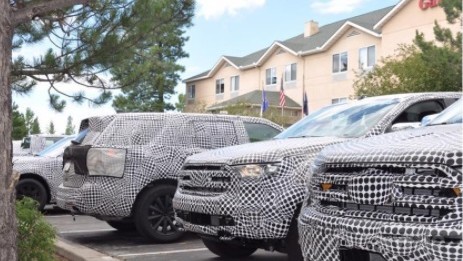 From the images, it is expected that the upcoming could wear a restyled exterior. The front fascia might seen comparatively more aggressive more aggressive than the ongoing model. The side profile would be the same but the emergence of newly designed alloys may witnessed. The rear bumper is expected to be revived.

Ford Endeavour Facelift To Be Launching Soon in India
Views: 1751