Suzuki’s flagship GSX-S1000 and GSX-S1000F models have recently been updated for 2017 model year. The updated trims now get changes on engine front for producing enhanced power of150 hp at 10,000 rpm and torque up to 108 Nm at 9,500rpm from new crankcase ventilation holes. Altogether, the gear transmission has now become much better and responsive owing to slipper clutch employment.

Other than this, the faired GSX-S1000F model which shares its base(chassis) from its naked sibling, has also been reworked on suspension and fairing front. The retuned damping units and the wind tunnel-tested fairing has now turned this sports runner into a more aggressive performer in any situations.

Both the bikes are blessed with an array of high tech componets including lightweight frame bolted on borrowed swingarm from last generation GSX-R1000, Brembo monobloc callipers in association with ABS, fully adjustable KYB suspension, and a three-mode traction control system that offers ON/OFF aids to its owner. 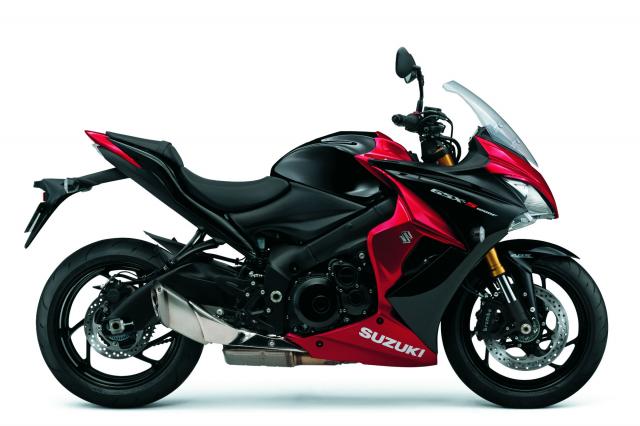 2017 Suzuki GSX-S1000 variants are also showcasing a slew of changes on aesthetics front. Now they are equipped with new black levers and foot controls. Apart from this, the Suzuki has painted these quarter litre monsters in dual tone livery of blue-black and the popular red and black one. An all-white option is also available for the GSX-S1000F.

For 2017 model year, the company has also rolled out a special GSX-S1000 Phantom edition. Painted in a stealthy matt black paint scheme with red highlights, the motorcycle is following an all black theme with the equipped all-black silencer, and black forks.