The Indian arm of the Japanese performance bike manufacturer has reported the launch of new 2018 Kawasaki Vulcan S in the country. The first ever cruiser motorcycle from Kawasaki India has priced at INR 5.44 lakh (ex-showroom, Delhi). Also, the bookings have started. The desirables can rush to the nearest dealers to book the Vulcan S that is available only in flat ebony colour. While, the cruiser that is officially teased by the company last week, will mark its presence in front of Indian audience at the 2018 Auto Expo.

While announcing the launch of the bike Mr. Yutaka Yamashita, Managing Director of India Kawasaki Motor, said, "After our sports bikes, tourer bikes, naked bikes & off-road bikes settled in India, we felt it was a right time for us to bring this cruiser in the market. There cannot be a better way to start a new year than by introducing our worldwide known Vulcan brand."

In India, the new Kawasaki Vulcan S has landed on the shores via Completely Knocked Down (CKD) route and its assembling will be done at the company’s manufacturing unit in Chakan, Pune. 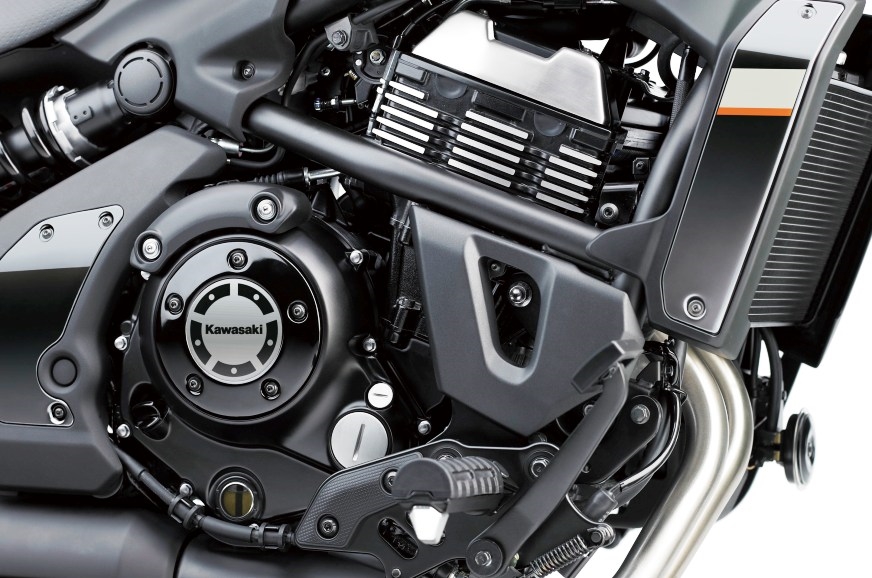 The available range of 650cc Kawasaki bikes that comprises the Ninja 650 sports tourer, Z 650 naked street bike, and the Versys 650 adventure tourer, with the launch of this new Kawasaki Vulcan S has been expanded in the country. Beneath the fuel tank, the Kawasaki's tried and test 649 cc liquid-cooled, DOHC, 8-valve, parallel twin engine performs propelling duties. The engine churns out a maximum of 60 bhp and delivers a peak torque of 63 Nm with the aids of the coupled 6-speed gearbox. As needed for the cruiser bike, the engine is exactly the same responsive and smooth in power delivery even in low and mid rpm ranges.

The Vulcan S runs on an 18-inch wheel up front and 17-inch wheel at the rear. The wheels come wrapped in 120/70 and 160/60 section tyres at respective wheels. The suspension setup on the bike has a collaboration of 41mm telescopic forks up front and an offset laydown single-shock, linkage with a preload adjuster. The most important braking power comes from a 300mm single front disc brake with dual-piston and a 250 mm rear disc and a single piston. The dual-channel ABS is also being offered as standard fitment.