A few days back, rendering of the 2018 Maruti Ciaz was out in a white color scheme. Once again, the car is spotted but this time in a shade of blue and a Pearl Sangria Red.

The changes can be seen on the front face, although they are minor in 2018 Maruti Ciaz. Leaked images hint that the updated version will bring a broader and slimmer radiator grille creating a sharp appearance. In addition, the reshaped air dam grille, a hood applique and aggressive bumper of the car also add freshness to the appearance. Apart from this, the profile maintains existence with new alloy wheel design. Spied images of the car suggest that the rear-end of the car will be the same as before.

Coming to the cabin, the Maruti Ciaz Facelift may take some elegant updates in relation to the upholstery, trim and enhancements in addition to enhance the Smartplay infotainment system. 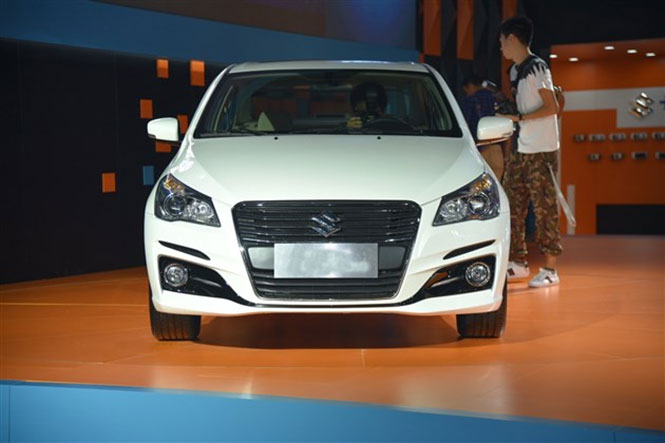 Comparing with the competitors, the Maruti Ciaz is underpowered and this is one of the greatest reason where it is lagging behind among its competitors.

The launch date of the 2018 Maruti Ciaz is still not clear though. It is expected to launch in the middle of this year, a few months later as the 2018 Maruti Swift launches in February.