The performance car division of Mercedes-Benz, AMG has revealed the latest generation E-Class, claimed to be the most powerful version till date that comes identical to ballistic E63 and blisteringly fast E63 S. Both the versions are powered by a 4.0-litre, twin-turbocharged, V8 engine and good enough to lay down all the rivals with a huge power of 563 Bhp and 553 pound-feet of torque. Harmonized with a 4MATIC+ all-wheel drive configuration, it is good for accelerating the unit from nought to 100 kmph in just 3.9 secs. 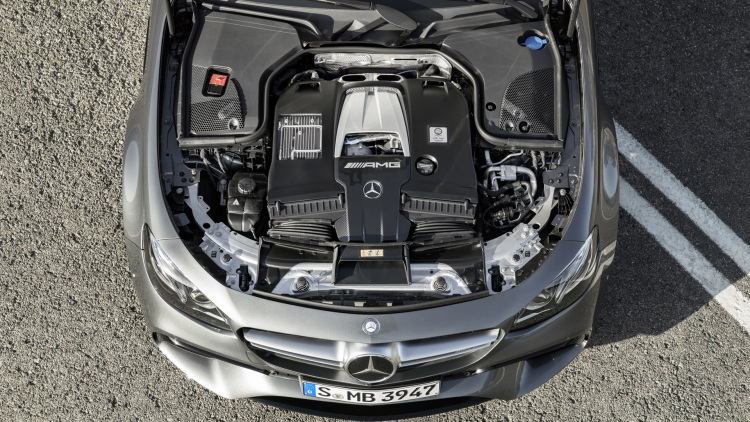 The E63 S, which is a more swingeing version of the unit and claimed to sprint more power and torque that are rated at 604 Hp and 627 pound-feet respectively. Having this facility, it is more efficient in performance as well and can touch the same three digits in 3.3 seconds, 0.4  second lesser from the standard variant. Moreover, both E63 and E63 S are packed with the company’s AMG SPEEDSHIFT MCT (Multi-Clutch Technology) 9-speed dual clutch automatic transmission technology and have a top speed of 250 kmph that can be further raised up to 300 kmph with the presence of AMG drive package. 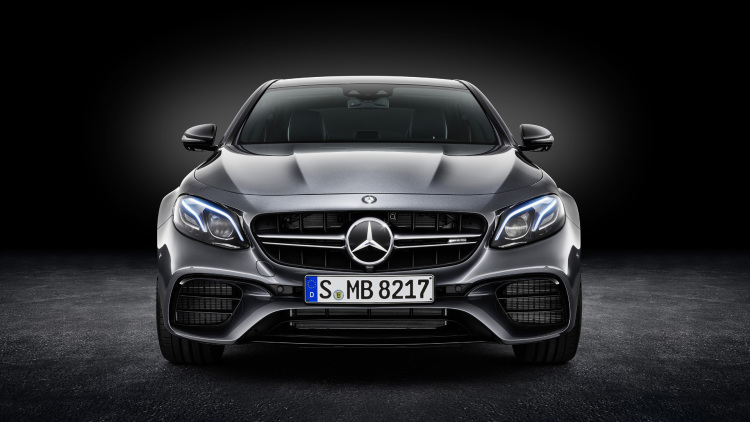 Moreover, both the trims have also been equipped with the various drive configurations. The list includes a Drift mode, which will come into effect soon after pulling the paddles in order to send all the power along with torque at rear wheels only. The braking responsibilities in E63 will be taken care of by 360 mm disc with 6 pot calipers up front and 360 mm disc with single pot caliper at the rear axles, while the powerful mill S will carry up 390 mm disc at the front wheel. Besides, ceramic carbon discs of 402 mm at the front and 360 mm at the rear are also on the list as options. Furthermore, the automaker has also offered the unit with four driving modes namely Comfort, Sport, Sport Plus and Individual. 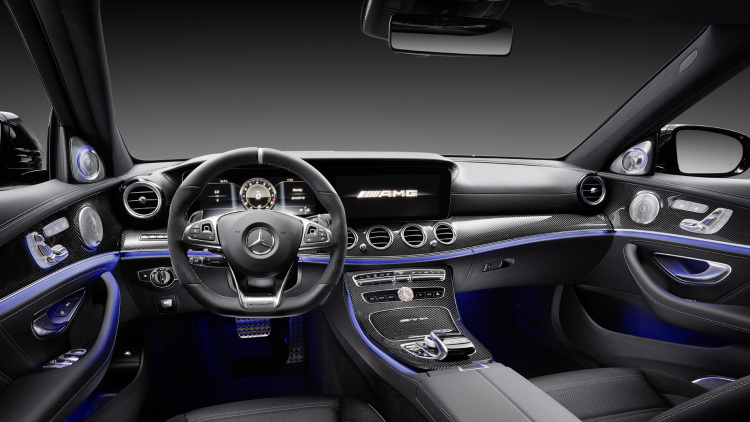 On the designing front, the new E63 AMG and E63 S AMG house an all-new grille that features multiple vertical slats and twin chromed out horizontal slats as well as dominated by the Mercedes 3-pointed star front and centre. Moving to side profile, you will get to see a set of 20-inch alloy wheels that are armed with 265/35 R20 at front and 295/30 R20 at rear tyres as well as sports the wheel arches stretched out 17 mm more than on the regular E-Class. At the rear, both the models carry a revamped bumper with four tail pipes and bootlid integrated spoiler. 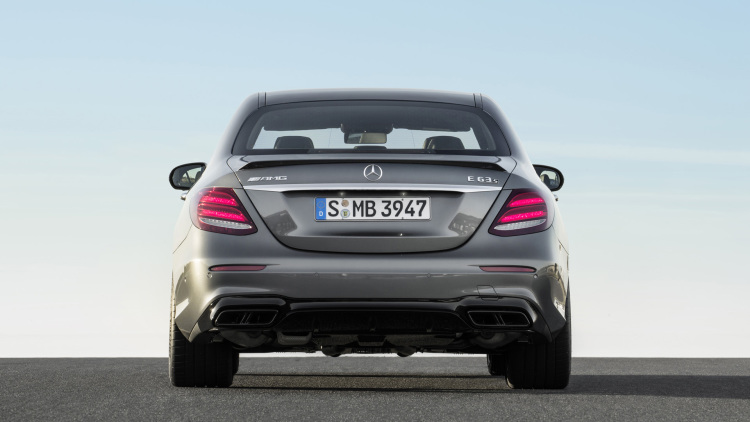 Thanks to more carbon-fibre trim, leather upholstery and Alcantara that make the cabin more attractive. In addition, a large digital instrument cluster display at the dash is centralising the attention more. Extra details along with price will be disclosed at the 2016 Los Angeles Auto Show, while the sale of the units in Europe will be commenced in March 2017 followed by North America in the summer of the same year.