The Yamaha Motors India has again jumped into the competition of the commuter segment in the Indian two-wheeler industry with the new launch of Saluto. The firm has launched the motorcycle on 17th April, 2015. Being a commuter segment motorcycle, the firm has employed a single-cylinder motor carrying an engine displacement of 125cc. The Yamaha Saluto is placed on the top position of the 125cc segment motorcycles offered by the company. The firm has released a teaser sketch showcasing the basic style acquired by the motorcycle, prior to its launch.

The Yamaha Saluto has entered on a competitive level in the Indian two-wheeler industry as various other manufacturers are already ruling the segment with their products. Let's have a look over some of the major and close competitors of the Yamaha Saluto already competing with each other in the Indian two-wheeler market. The two very close competitors are Hero Glamour and Bajaj Discover 125M.

Hero Glamour:- India based firm, Hero Motocorp is completely ruling over the Indian hearts, since its inception in the country and even after separating with the Honda Motorcycles. The firm has offered a wide range of commuter segment motorcycles comprises of Hero Splendor series, Hero Xtreme, Hero Passion and many more. Talking about the newly introduced motorcycle, Hero Glamour Programmed FI, it has made its entry as an updated version of the existing variant of the Glamour. The newly launched motorcycle is powered by a single-cylinder, SOHC motor, which is further incorporated with a 124.8cc displaced engine. The air-cooled motor is capable to deliver a maximum power of 9 BHP @ 7000 RPM and a peak torque of 10.35 Nm @ 4000 RPM, while mated to a 4-speed Constant-Mesh gearbox. 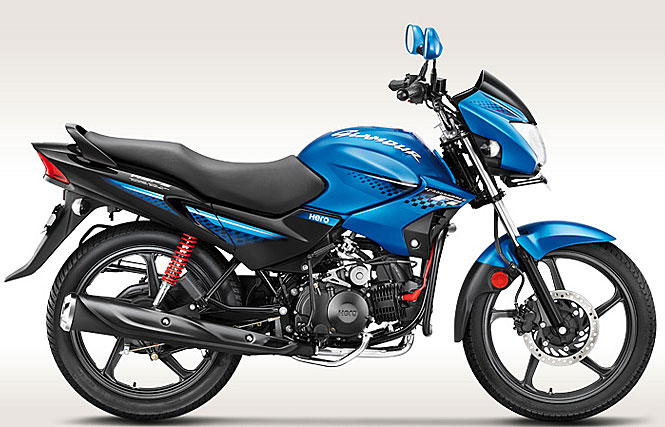 The suspension duties have been taken care by Telescopic front forks and rear swingarm with hydraulic shock absorbers. The firm is offering drum brakes for both front and rear; optional disc in front. The Hero Glamour Programmed FI has come equipped with enhanced and pre-programmed Electronic Fuel-Injection system. The motorcycle is carrying a stylish riding posture and a little bit stepped seat. The fuel tank with attractive graphics and the alloy wheels are other tempting features of the motorcycle and it is priced at Rs 65,600 (Ex-Showroom Delhi).

Yamaha Saluto:- The Japanese motorcycle maker has recently launched its all new Yamaha Saluto over the Indian shores. The firm has introduced the all new commuter segment motorcycle without any surprises or creating suspense. The Yamaha Saluto is powered by a single-cylinder, air-cooled motor with an engine displacement of 125cc. The Yamaha boffins have tuned the 125cc displaced engine to generate a maximum power of 8.2 BHP @ 7000 revs and a peak torque of 10.1 Nm @ 4500 revs; while mated to a 4-speed Constant Mesh transmission. The fuel is supplied via the carburetor to the engine. 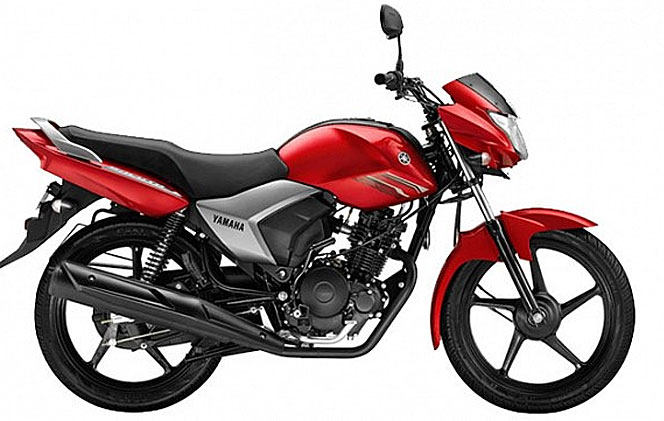 Talking about the riding quality offered by the manufacturer, the Yamaha Saluto comes installed with Telescopic front forks and swingarm at the rear. The braking duties have been taken care by drum brakes at both front and rear. The Yamaha is not offering disc brakes with the Saluto, not even as an option. The looks are pretty much simple as compared to other motorcycles of similar segment. The Yamaha Saluto is available carrying a price tag of Rs 52,000 (Ex-Showroom Delhi).

Bajaj Discover 125M:- Another Indian two-wheeler manufacturer with its attractive range of commuter motorcycles, Bajaj Auto Ltd. The Bajaj Discover 125M is the firm's solo offering in the 125cc segment of commuter motorcycles. With average looking yet attractive features, it is making the maximum number of sales in the country. Featuring a 124.6cc displaced engine, it is accompanied with single-cylinder motor. The firm has installed its very own DTS-i with ExhausTEC technology in order to achieve better performance. The 124.6cc displaced engine, while mated to a 4-speed transmission; is tuned to deliver a total power of 11.2 BHP @ 8000 RPM and 10.8Nm of peak torque @ 6000 RPM. 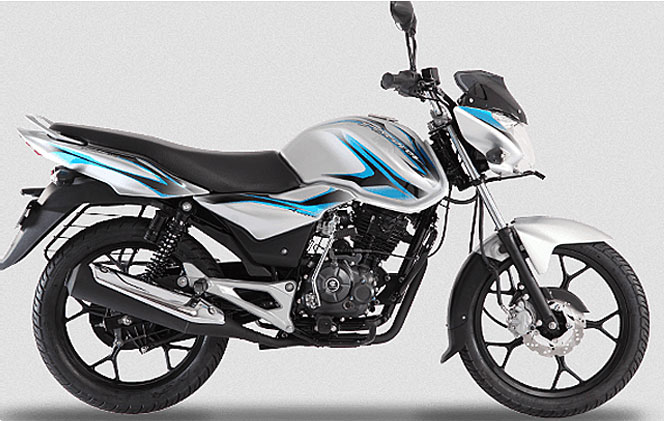 The Bajaj Discover 125M is featuring Telescopic front forks and Nitrox twin at the rear; for enhanced ride quality. The company claimed top speed of 100 KMPH is maintained by drum brakes at both front and rear ends; optional petal disc brakes at the front. Equipped with all the enhanced components, the Bajaj Discover 125M is making its availability carrying a competitive price of Rs 53,463 (Ex-Showroom Delhi).