The German carmaker has brought up the new Audi R8 Spyder, which is said to be the soft-top version of Audi’s mid-engined flagship model. It has made its public debut at the 2016 New York Motor Show. It is said that the new Audi R8 Spyder is the modified and tuned form of the predecessor R8 version, which came with an aluminium and carbon fiber body chassis.

Audi claims that the new R8 Spyder comes with a 50 percent increase in overall rigidity and 113kg reduced kerb weight in comparison to its predecessor. The car measures 4,426mm in length, 1,940mm in width and 1,244mm in height, which makes the new Audi R8 Spyder 14mm shorter and 36mm wider. However, the height and the wheelbase has been carried forward and remains the same. 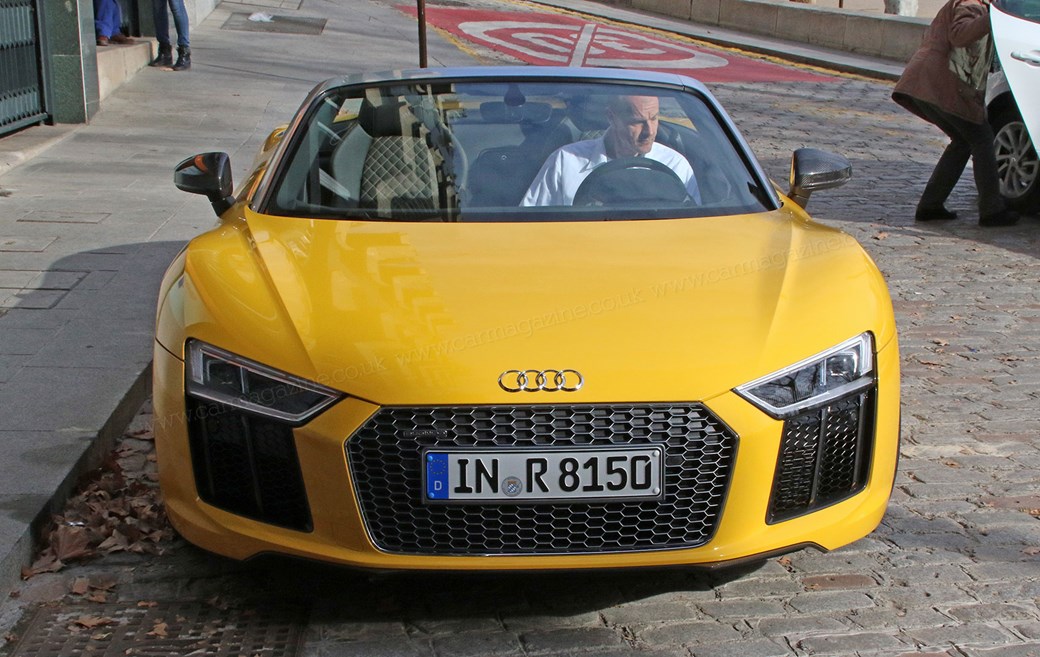 The 2016 R8 Spyder comes powered by the same 5.2-litre V10 petrol engine, delivering 532bhp of power and a peak torque of 55.03kgm. The engine has been further paired to a standard seven-speed dual-clutch automatic gearbox plus electro-hydraulically operated multi-plate clutch four-wheel drive system. Audi claims that the car sprints 0-100kph in just 3.6sec and achieves a top speed of up to 319kmph.

Audi is likely to bring the another variant of R8 Spyder, named V10 plus, which sports more powerful 601 bhp output engine. It is expected in the line-up by the year end.