Amidst Increasing Sales Honda Increase Price of The Amaze

Amidst a terrific sales-run in the compact sedan segment, Honda has increased the price of its best performing sedan till date the ‘Amaze’. True to its name, the consumer response to the recent offering from the Japanese Automaker has been nothing short of amazing. Amaze has been Honda’s star performer in terms of sales. It accounted for 51 percent of the sales in July 2018. This true crowd puller has helped Honda record the best sales month in its Indian chapter. It is not just the base models that have witnessed great sales, the figures for the automatic variants are also equally good. Reportedly, The sales ratio for Manual and automatic stood at 74:26 for the period.

The price rise makes Amaze costlier than its nearest rival the ‘Maruti Suzuki Dzire’. Reportedly, when launched the introductory petrol base variant came with a price tag of Rs 5.60 whereas the higher-spec diesel-automatic carried a Rs 9 lakh price tag. However, post the recent hike, the base model of Amaze will now be priced at Rs 5.81 lakh. The base petrol and diesel variants now get costlier by Rs 21,000 and Rs 31,000 respectively.
The premium V CVT diesel variant would now cost Rs 9.11 lakh. This is still lower than the higher trim Maruti Dzire variant at Rs 9.43 lakh. 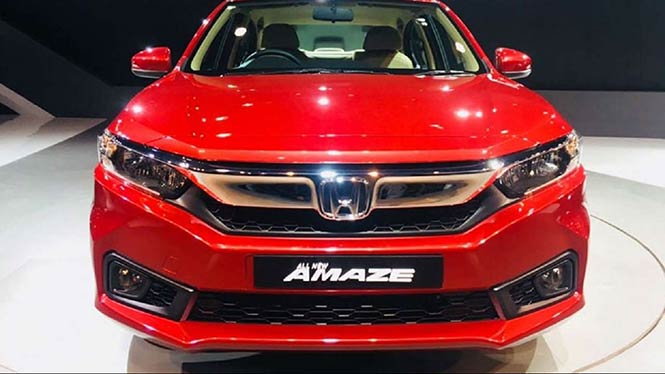 The price update makes the lower variants of the Amaze slightly costlier than its on-road rivals which include the likes of Volkswagen Ameo (Rs 5.62-9.99 lakh) and the Hyundai Xcent (Rs 5.61-8.61 lakh). The yet to be released Ford Figo Aspire will also carry a slightly lower price tag than the Amaze.

The competitive price-tag of other models do not seem a scar at the present moment. However, the recall of 7290 units of the second-gen compact sedan owing to a potential issue with the electric power steering must be a matter of pressing concern for the Japanese Carmaker at the backdrop of great sales reports.

Accessories on offer for The All-New Second-Gen Honda Amaze
Views: 1584