Aprilia SR 125 Spotted With ARAI Stickers, May be Next Addition to Indian Lineup

Piaggio-owned Italian premium motorcycles manufacturer, Aprilia had made its Indian debut with the introduction of its sports crossover scooter offering, the Aprilia SR 150, in mid-2016. Priced at INR 68,806 (ex-showroom, Delhi), the SR 150 received a warm welcome from the Indian aficionados, who always be in search of something different and offbeat in nature. Influenced by the initial positive customer response to the SR 150, the bike maker launched a more advanced Race edition of the same, the Aprilia SR 150 Race in early this year.

Now, the Aprilia SR 125, a downsized version of the SR 150, spied event with ARAI stickers in Pune, suggesting Aprilia premium scooters lineup expansion in the country. However, there is no such official launch confirmation of the scooter by the Italian marque. More chances are it could be brought in for homologation purpose. 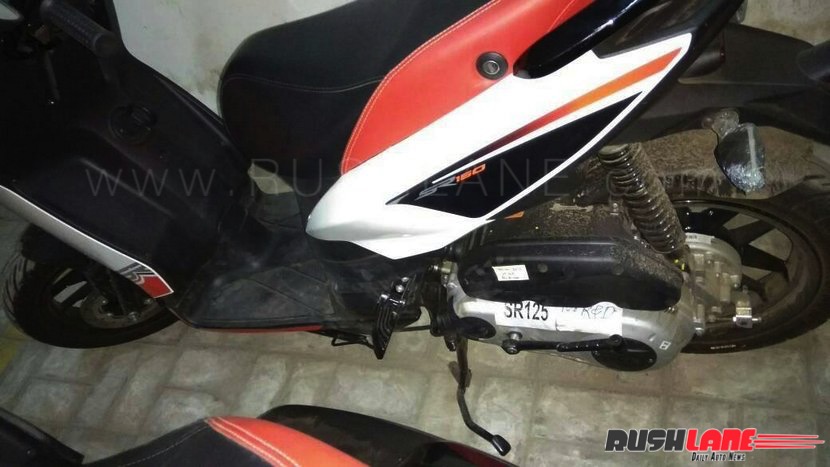 Look wise, the Aprilia SR 125 is sharing the same design and detailings from the elder brother. The only observed difference in the spied mule is the “125” sticker on the right side of the front apron. Wearing the identical aggressive and sportier stance of the SR 150, the snapped SR 125 was featured with a butterfly shaped headlamp, steering mounted turn-indicators, twin-pod instrument cluster, dual tone comfortable seat, upswept exhaust unit, and sharp tail lamp assembly.

Mechanically, the SR 125 is reported to get propelling power from a 125cc engine, which in association with a CVT automatic transmission is rated to churn out 9.4 PS of maximum power and 8.2Nm of peak torque. 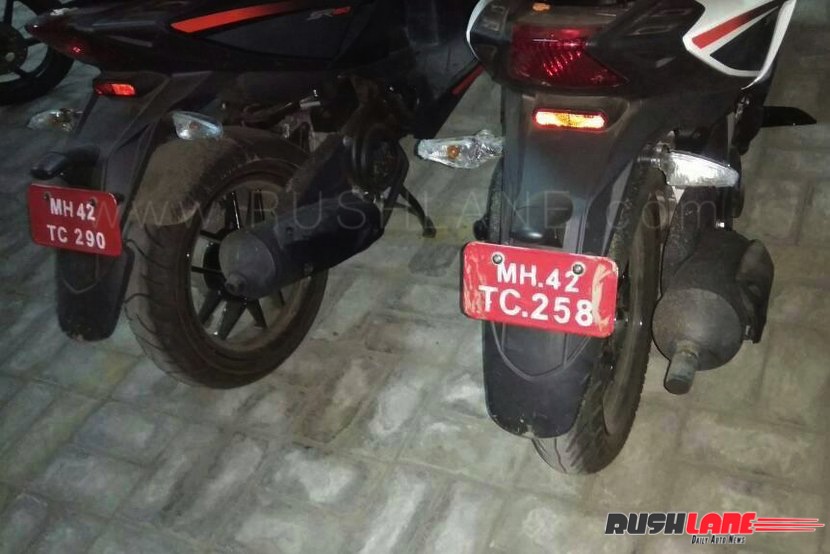 Based on a tubular steel frame, the scooter will absorb shocks with the help of included telescopic front forks and a single-sided coil spring at the rear. Braking will come from a 220mm front disc and a 140mm drum brake at the rear.

As we mentioned above, the launch details of the SR 125 are not revealed by the Aprilia and the scooter is in India for testing purposes. But if Piaggio will think to launch this downsized version of the SR 150 at an attractive price sticker, it could bring commotion in 125cc scooter segment in India.