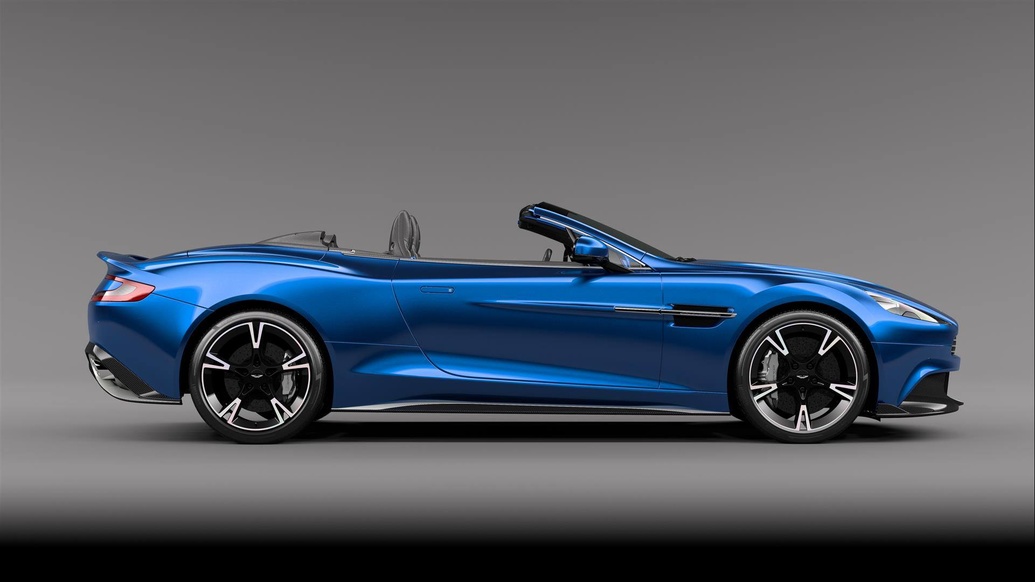 Mechanically, the convertible is fitted with a 5.9-liter naturally aspirated V12 engine that is capable of propelling 580 horsepower and 465 lb-ft of torque. The power is transmitted through an eight-speed ZF gearbox.

The top speed of the car has been tuned to hit 201 mph while the coupe can effectively hit 62 mph in 3.5 seconds. However, it is not clear that the automaker has made some aerodynamic tweak or weight cut. The basic Vanquish Volante holds a top speed of 183 mph. 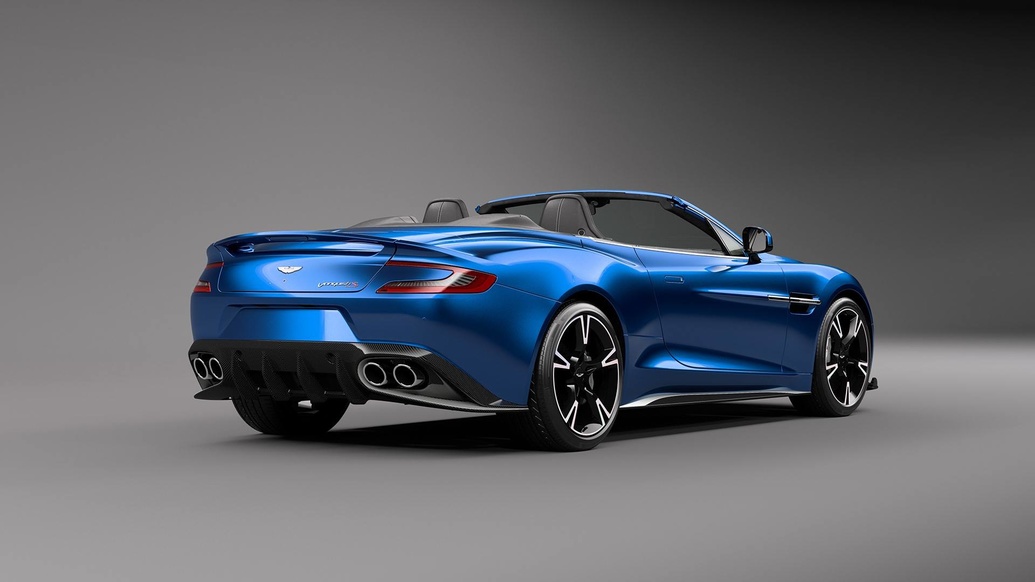 Both the versions of the Vanquish Volante offer carbon-fiber and aluminium body with uniqueness pinned under the ‘S’ cars segment. The car stands on 20-inch glossy black wheels.

The cars will make their way to showrooms in April and the coupe price has been confirmed to commence at USD294,950. The price of the Vanquish S Volante Convertible is yet to be announced.