Audi India has launched a diesel derivative of its most popular sedan, the A4 at the price of INR 40.20 lakh (Ex-showroom, Delhi). It will share the design and features with its petrol sibling which has been on sale here in the country from September last year. However, the 2017 A4 diesel model has got some updates over the last generation diesel unit including the powertrain as well.

Powering the latest generation Audi A4 diesel trim is a 2.0L four-cylinder motor generating 14 hp more power compared to the old A4 35 TDI's power output and now rated at 190 hp. This new EA288 motor is mated to a seven-speed dual clutch automatic transmission dispatching the power to front wheels only. 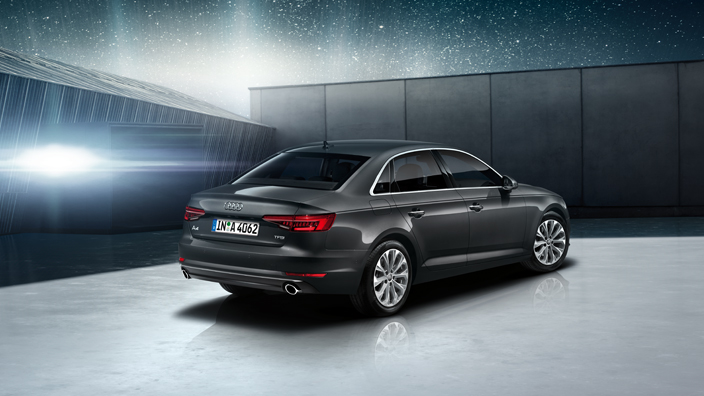 Apart from this, the 2017 A4 sedan is 120 kg lighter than the earlier one, thanks to the VW's modular MLB platform. This makes the car more efficient with fuel. According to the company, the A4 diesel accelerates from 0-100 kmph in 7.7 seconds and returns ARAI claimed fuel efficiency figure of 18.25 kmpl. Also, it can do a top speed of 237 kmph.

Features on inside-out are similar to those of the petrol derivative. Some of those are -  LED headlamp clusters, rear dynamic turn indicators, three-zone automatic control, Audi’s Virtual Cockpit with two display modes, Apple CarPlay and Android Auto compatibility, 180 watt Audi’s 10 speaker music system among the others.

Lifestyle Edition of Audi Q7 SUV and A4 launched in India
Views: 993