A fresh paint scheme for the Bajaj Pulsar RS 200 has been snapped in a trade show in Colombia. The new color captured exhibits a red and white duo shade, which the company might launch in the market there. Resembles majorly to the limited edition shade on the Yamaha R15, all other components of the bike are intact. By showcasing the Pulsar before launch, the auto giant might wants to receive feedback about the design of the machine.

The said tourer has been sold in the Indian market in two shades, namely, Demon Black and Yellow, plus available in both, ABS and non-ABS variants. The only drawback with this bike is the dull design and graphics. While there is no problem with the power figures, the styling of the motorcycle always negates all its promising bits. Besides all the cuts, creases and dents here and there, Bajaj has added a sticker to the bike making it more pathetic. 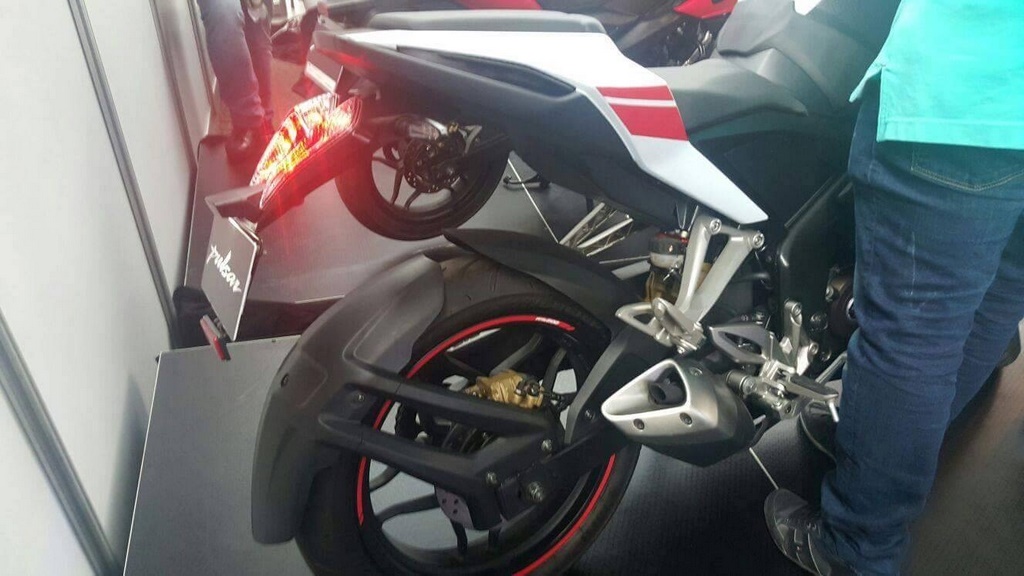 As we said, everything else apart from the new color remains intact. Under the hood, the Pulsar RS gets a brisk ride via a liquid-cooled, fuel-injected, 199.5cc engine, which generates a power of 24.2 BHP and torque of 18.6NM mated to a 6-speed transmission.

Apart from the engine, the machine features a telescopic fork with anti-friction unit and Nitrox mono shock absorber with Canister to maintain the suspension system. Brakes incorporate 300mm disc upfront and 230mm disc at the rear. Top speed claimed by Bajaj is 140.8km/h.