Benelli that stopped its operations in India for a span of time, has now started once again with its new partner, Adishwar Auto Ride India, a Mahavir Group entity. Now the Benelli is looking forward with an aggressive strategy in hand to restore what it had earlier and strengthening its position in the market. Well, the Italian marque has took the first step in direction with the launch of Benelli TNT 300, the fully-faired Benelli 302R and the Benelli TNT 600i that was a popular inline-4 engined motorcycle with an accessible price tag in the segment.

The introductory pricing for the respective models is like INR 3,50,000, INR 3,70,000, and INR 6,20,000. Along with it, there is a good news for the fans of mid-segment touring motorcycles, that the firm is all geared to roll out the highly acknowledged TRK 502 (Tourer) and TRK 502X (Adventure) models by the first quarter of 2019. With motorbikes, one will also be availed with 5-years of unlimited kilometre warranty as standard. However, the deliveries for the registered bookings will commence by the second week of December. As everything will process in a phased manner likewise, the production and its dispatch from the facility will take place in the 1st week of December 2018.

Anyone desiring to purchase any of the three bikes can book his or her choice at their nearest dealership. The company has 15 outlets across the country from where you can book any of the bikes by paying a token amount of INR 10,000. if going by the company's future plans, this dealership count will reach 25 units by March 2019. 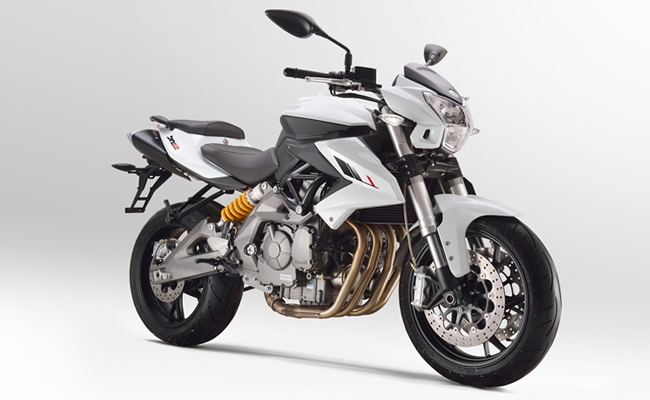 The after sales service, for which the Benelli was renowned across its owners will also be resurrected once again. It will not only help in taking care of existing customers but also will create a mutual trust and confidence with the new customers. The service after sales has always been a factor for the brand's popularity. Lately, the company brought out some changes in service periods and travelled distance from 4 months, 4000 km to 6 months and 6000km in order to cut service costs by up to 34 per cent. The scheme is open for both the existing and new customers.

In terms of power, the Benelli TNT 300 that is a naked streetfighter comes loaded with a 300cc, in-line 2 cylinder, 4-stroke, 8 valves, DOHC, liquid cooled engine. With the mated transmission, the engine is rated to generate 37.73 hp of power @ 11,500 rpm and 26.5 Nm of peak torque @ 10,000 rpm. It weighs 196 kgs and comprises USD front forks and a rear mono shock at suspension front. The association of a 260mm front disc with twin-piston callipers and a single disc at the rear.

The other model in the storied models, the Benelli 302R that is one and only full fairing bike in brand’s lineup, is featured with the similar powertrain of the TNT 300. However, the engine is tuned to generate 38.26 BHP of power @ 11,500 RPM and 26.5 Nm of torque @ 10,000 RPM via a mated six-speed transmission. The braking specs here involves hydraulic, dual disc brakes up front and a hydraulic single disc at the rear. While the inverted telescopic fork up front and a hydraulic monoshock at rear complete suspension specs.

Benelli India Dealership Network to Get 40 New Showrooms by This Year End
Views: 2405