Benelli, after a surprise unveiling of TRK 502, an all new middleweight adventure Tourer, at EICMA 2015 in Milan, announced its launch to Indian markets. The manufacturer has been consistently adding up new products in its portfolio and now its time for the TRK 502 heating up in the country. It is expected that the newbie will hit the Indian markets in the second half of the upcoming year. Further updates are expected from the forthcoming 2016 Auto Expo. As from the sources, it is still unconfirmed that Benelli has firmed up its decision, but is very keen about the TRK as it would be the one to be offered in an affordable segment. The firm has recently come up with Benelli TNT 25, which is the least expensive offering in the country.

Talking about the power dynamics, the Tourer has powered by a 499.6cc, twin-cylinder, four-stroke, liquid-cooled engine with electronic injection and overhead double camshaft timing system. The engine propels 48 PS of power at 8500 RPM and a peak torque of 45 NM at 4500 RPM. All power is delivered to the rear wheel through a 6 speed transmission with hydraulic clutch. A large 20 liter fuel tank is under the seat. 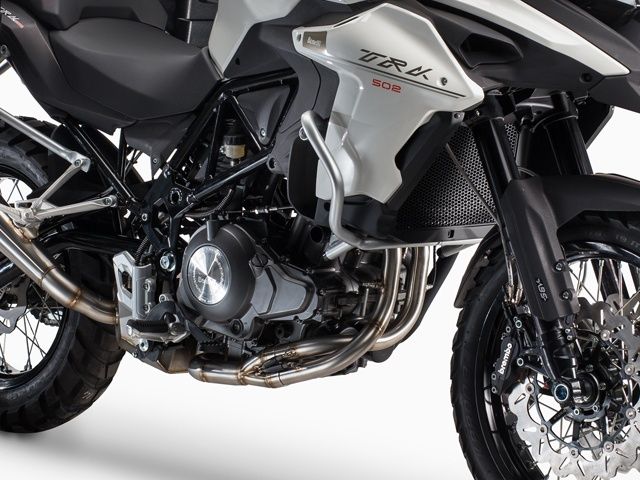 The bike has been charged up with a host of features in order to support its adventure potentials. Suspension setup upfront is an adjustable upside down fork, while the rear has got a monoshock. Braking duties are being performed by 320mm front disc brake with two-piston floating caliper unit and a single 260mm disc at the rear. The voyager will ride on Pirelli Angel 120/70-17 at the front and 160/60-17 at the rear with alloy wheels. Another 'off-road' version option will have 19-inch spoke wheels at the front and 17-inch at the rear.

Benelli India Dealership Network to Get 40 New Showrooms by This Year End
Views: 1032