Finally, the Benelli has launched the much-anticipated Adventure bikes Benelli TRK 502 in India. The bikes will come in two versions i.e. one is road version with alloy wheels and road spec tyres, while the other off-road version will be having spoked wheels, dual-purpose tyres and a longer travel rear suspension.

At mechanicals, both the TRK 502X and the TRK 502 share a similar 500cc parallel-twin engine. The motor in question is rated to generate the maximum power of 47bhp and 45Nm of peak torque. Keeping the bike genre in mind, the automaker fitted the motorcycle with a large capacity fuel tank of 20-liters. The bikes get suspended over 50mm USD front forks and adjustable rear monoshock. The braking on the bikes is under the supervision of a 320mm dual discs up front and a 260mm rear disc in integration with dual channel ABS. 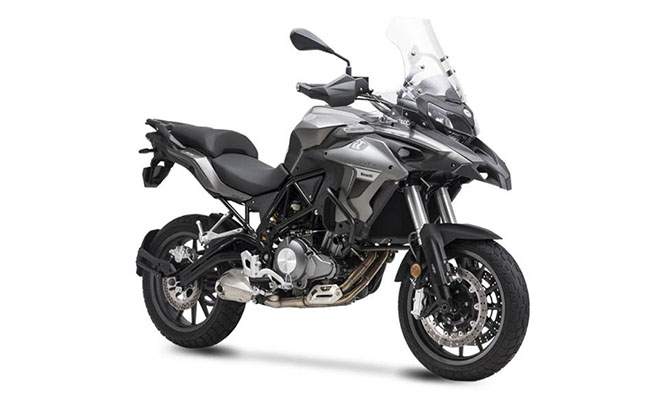 The only difference in both the TRK 502, a touring machine and the TRK 502X, an adventure bike respectively are of wheels and shod up tyres unit. The TRK 502 gets 17-inch alloy wheels wrapped up with road-biased tyres while the model TRK 502X gets spoke wheels of measure 19-inch up front and 17-inch at the rear wheel. The rubber on the wheels is dual-sport favorable for both on and off-roading.

In terms of pricing, the TRK brothers could get priced in the range of INR 5 lakhs and INR 5.40lakhs (ex-showroom). This aggressive pricing could help the automaker in taking serious combat with the nearest rivals in the segment, the Kawasaki Versys 650 and the Suzuki V-Storm which attracts a higher price tag.

Benelli India Dealership Network to Get 40 New Showrooms by This Year End
Views: 2350