BMW despite the second UK recall of its 3 series in as many weeks is all set to add new feathers to its India Lineup with the introduction of its all-new offerings the M2 Competition and the M5 Competition. Today we bring you all that you need to know about the two new performance offerings from the BMW factory.

M2 Competition: The purest and The smallest

Thanks to the so-called ‘’competition package, M2 will make its India debut with greater power and efficiency than ever before. A regular on the European roads, the M2 model line traditional reflects coupé and convertible body styles with recent upgradations to the Active Tourer and Gran Tourer models. But in contrast to the traditional models, the M2 Competition will be powered by a retuned version of the twin-turbocharged 3.0-litre, six-cylinder engine. The engine is coupled to a six-speed manual or an optional seven-speed dual-clutch gearbox. The upgrade gives the M2 competition 410hp power and 550Nm of torque. The recalibration gives M2 Competition an unmatched power performance. Its immediate rival, the Porsche 718 Cayman falls short by 110 hp in power comparison. 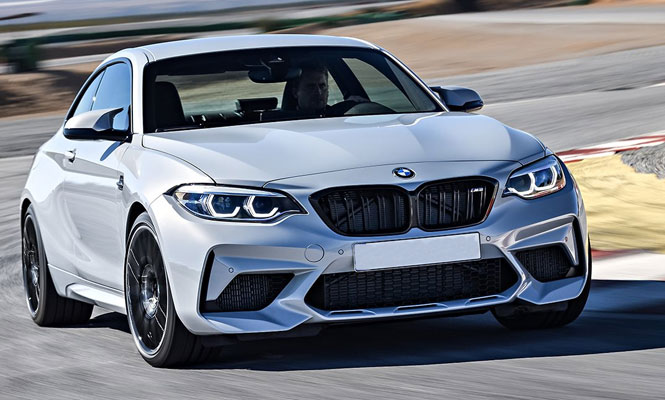 Thye M2 can go from naught to 100 mph in 4.2-second and can also reach an electronically top speed of 250 kmph. Further, the M Driver's Package which raises the top speed to 280 kph. The appearance in addition to being luxuriously sporty is also efficiently re-designed for cooling efficiency. This can mainly be attributed to new larger cooling ducts, redesigned kidney grilles as well as the smart headlights with an adaptive LED function. In addition to the new visual appeals which include re-designed rear bumper, reworked tail-lights, and new 19-inch forged alloy wheels shod with Michelin Pilot Sports tires, luxury sport car lovers can opt for the BMW premium carbon fiber built options like carbon fiber roof, carbon fiber side skirts among many others. 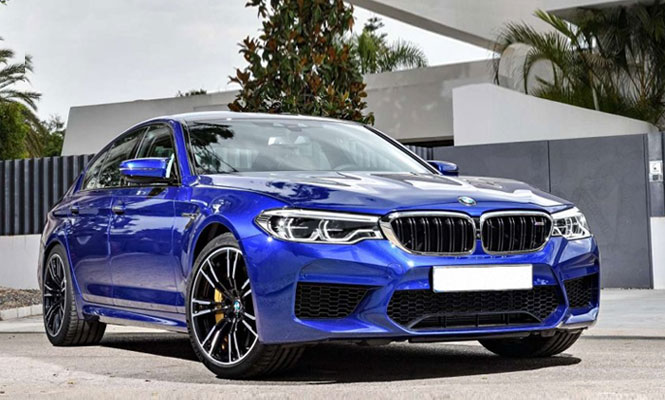 With subtle minor tweaks to the M5, the M5 Competition raises new bars for other super-sedans in its segment. Powered by the cult V8 engine, it surpasses its nearest rival, the Mercedes-AMG E63 S by 13hp. Other performance specs include:

As far as the visual appeal goes, the M5 competition deserves few lines. The grille gets a gloss-black encasing which is also reflected on the side vents and boot lip. The M5 roar gets louder and better with BMW's M Sports exhaust system equipped with volume control.