On its official page of Instagram, BMW Motorrad India has already hinted the arrival of BMW R 1250 GS this month. The BMW R 1250 GS which is the replacement of most selling motorcycle the R 1200 GS in the global lineup, has been launched in India along with its adventure sibling, the R 1250 GS Adventure.

Here in India, the company is offering multiple variants for a model in question. While the pricing for the respective models starts at INR 16.85 lakh and goes up to INR 21.95 lakh for the range-topping variant. The separate pricing for the launched trims is listed down.

Read Also: Autonomous BMW R1200GS Unveiled: Start, Turn and Stop All by Own 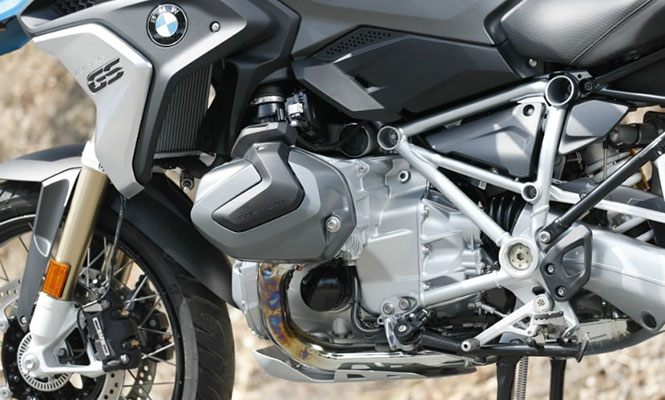 Now, as we have learnt that the R 1250 GS is here in the market to replace the iconic outgoing R 1200 GS. The adventure tourer which had witnessed several updates and makeover back in time has now renamed with the R 1250 GS for Calendar year 2019 and boasts of a slightly large powertrain of 1,254cc. With the increase in engine capacity, the 1,254cc, boxer engine now powers both the motorcycles the BMW R 1250 GS and the R 1250 GS Adventure with an improved power of 136hp and 143 Nm of peak torque which is 9% more in power and 14% more in torque. Other than this, the integration of a variable valve timing system i.e. ‘Shiftcam Technology’ as per the term of the BMW Motorrad. The motorcycle now can take on any terrain with an effective low and mid-range torque.

Besides an updated powertrain, the big GS is continued with the similar styling of the earlier the 1200 GS model. However, the adventure bike received a host of alterations in the form of a new LED headlight, new 6.5-inch full-colour TFT screen with smartphone connectivity options for navigation and music. An LED DRL is also being offered with the bike though as an optional extra. There is an upgraded electronic package as standard equipment in the R 1250 GS which includes ABS, an optional Mode Pro system with ABS Pro, Dynamic Traction Control (DTC), Dynamic Brake Assist, and Hill Start Control Pro. It also contains upgraded semi-activate electronic suspension and now has automatic load compensation.