There was a lot of talks about BMW’s upcoming flagship SUV, the X7, a teaser of which was posted online back in March this year and made quite a sensation among the buyers. While the launch is expected to happen sometime in the year of 2018, a near production unit of the said unit has already been surfaced online. It is the first time when any prototype of such unit has captured by the spy photographers. However, it is already confirmed in a report that the all-new SUV will be manufactured at the BMW’s Spartanburg facility in North America.

Going by the reports, the seven-seater beast, which will come as a flagship model for Bavarian SUVs will share the platform with as well as tech and luxury features with BMW 7-Series. If the reports come out to be true then the X7 will run on the flexible lightweight CLAR architecture. Though the test mule looks like a larger version of the X5 and X7 that sports a range of muscular shape on the front and the side. Well, it is too soon to pass any comment much on it till we get final version on the table. 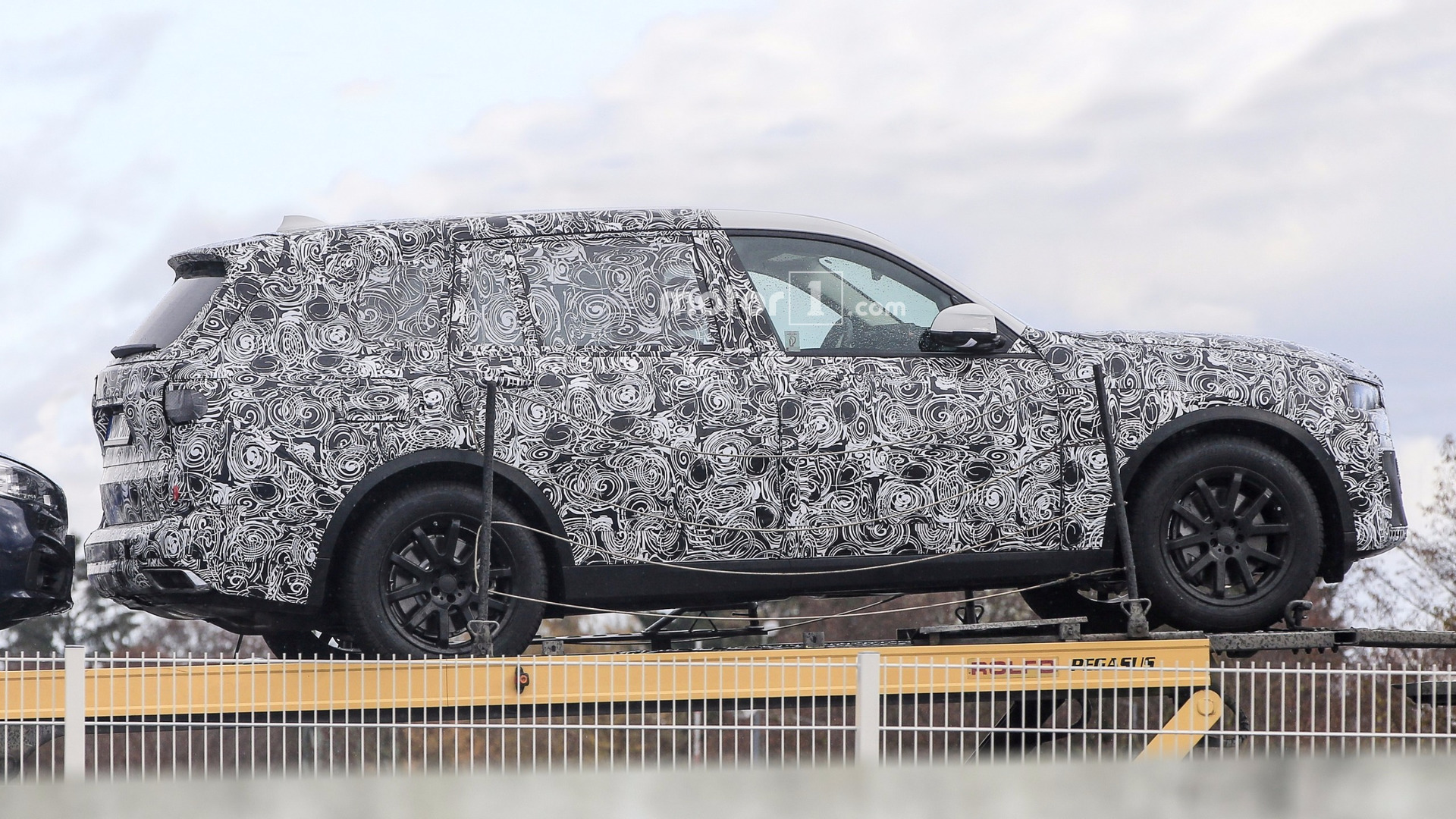 As the prototype spied in the image is highly camouflaged from all the angles there aren't much about design and features that we can really talk about. Nevertheless, we can sort of make by the pictures that the BMW X7 will come up with familiar kidney grille and the swept back headlights. The rear profile of the engineering mule is completely disguised, unveiling merely the exhaust openings. Inside the cabin, it brings most of its entertainment, comfort and other regular features from the new 7 Series, but, slightly updated.

In terms of the powerhouse, the all-new BMW X7 will possibly get the similar powertrain that is currently available under the hood of the BMW's flagship sedan. Besides, the X7 will also receive the top-of-the-line V12 engine and make it the first ever X model to get one.