Cleveland Cyclewerks, an American manufacturer has announced that the sale for its motorcycle range, which was exhibited at the 2018 Auto Expo this year, will begin in October this year. The automaker revealed this information from its social media accounts.

Cleveland Cyclewerks also confirmed that the models like Ace and the Misfit will be put first on sale. Later on, other models will join both of these depending upon the customer response. For your reminisce, the Ace is a retro classic in streetbike category. On the other hand, is a sports tourer. Crafted with elements like a teardrop fuel tank and minimal styling, the Ace’s design gets you back in time. The company is offering the Ace streetbike in three trims including Standard, Ace Cafe and the Ace Scrambler. 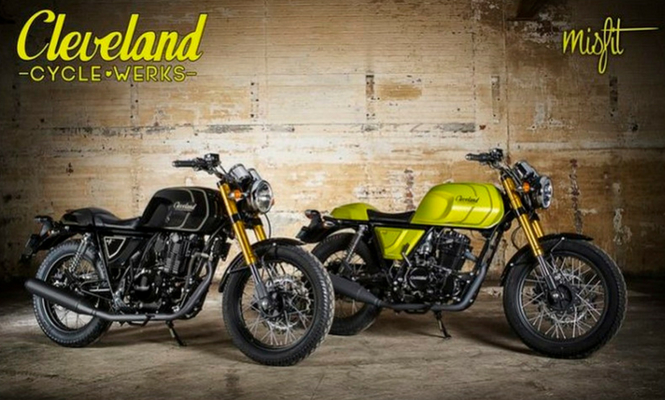 Beneath the fuel tank, a single cylinder unit with the displacement of 229.5cc will take care the propelling duties. In association with a five-speed transmission, the engine is claimed to develop 15.4bhp and transmit 16Nm to the rear wheel. On the other hand, the Misfit is a cafe racer with factors such as aggressive riding stance, low clip-on handlebars and chiseled fuel tank. It gets a 223cc unit that is capable of churning out the peak power of 16.1hp and 18 Nm of torque.

In the country, the above mentioned models will be unloaded at the Indian shores as Completely-Knocked-Down units all the way from China. The country based brand’s facility in Pune will handle the assembling of those CKD bits. As, the bikes will be assembled here in India, they will attract aggressive price sticker in order to compete hard in the market and generating huge volume.