Primarily showcased at the 2016 Delhi Auto Expo, the headturner crossover Datsun GO Cross is likely to be launched in India in 2017. The received positive response from the crowd at the event made the Datsun to pace up the project and make it as soon as available by the next year. When landed on the Indian shores, it will be the maiden crossover and flagship model of Datsun in the growing crossover segment. Reportedly, it has found this sub-4 meter vehicle will not be introduced as a seven seat configuration like on the GO+ MPV.

On exterior end, based on the GO+, the production spec of the GO Cross is expected to carry almost all the components from the GO Cross concept. Speculations are the GO Cross will holds the same uniquely designed front end with a hexagonal radiator grille, sweptback LED head-lamps, LED fog lamps, a brawny skid plate and plastic cladding.

Inside the cabin, the Datsun GO Cross concept model was fitted with a 5-seats configuration that same could be appeared in the production version. However the boasted list of features might be altered as we can witness a new dashboard and some thing new which will be most interesting addition in this crossover segment. 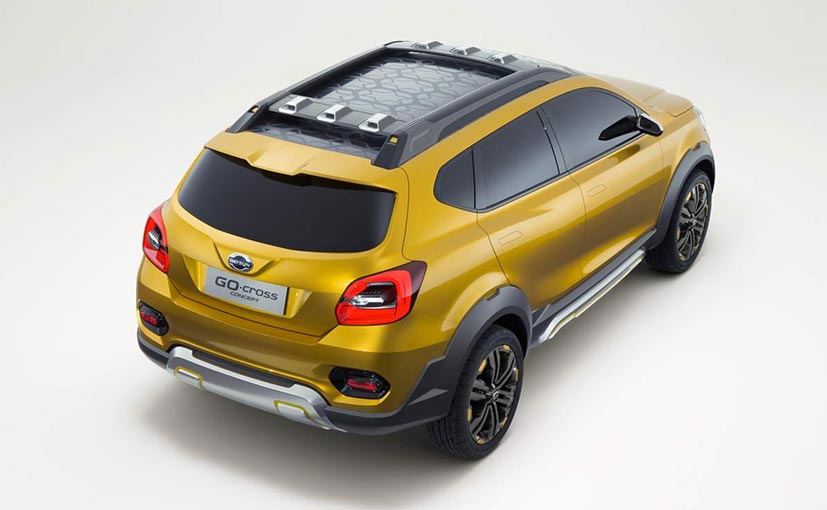 As far as the powertrain concerned, The GO Cross will come in both petrol and diesel variant. The petrol unit will share the same 1.2-litre petrol unit which propels the GO hatchback and GO+ MPV. While the 1.5-liter dCi diesel engine will be carry forward from the Nissan Micra.

Whenever it launch, it will compete with the already available Hyundai Active i20,Toyota Etios Cross, and the Fiat Avventura.

Datsun Redi-GO Gets ABS As Standard Ahead of Safety Norms
Views: 523

Datsun Redi Go To Go Under The Knife Soon
Views: 665