Datsun Redi Go All Set To Launch Tomorrow in India

After being showcased at the 2014 Auto Expo as a concept car, Datsun has geared up to launch its entry-level small hatch, redi-GO for the Indian market on June 7, 2016. This new hatchback is expected to launch at a starting price around INR 2.39 lakh. The official brochures of redi-GO has already been leaked over the internet, giving the clear thoughts to the variants and features of the upcoming car.

According to the leaked brochures, the redi-GO will be offered in five variants - Datsun redi-GO D, A, T, T(O) and S, And five colours - Ruby red, White, Silver, Lime Green and Grey. The bookings for this new offering by Datsun have already been underway in the country with a down-payment of INR 5,000.

The new hot hatch built on the CMF-A platform, developed by the Renault and Nissan which also underpins Renault Kwid. As per the leaked details, the base variant, ‘redi-GO D’ comes with the basic features includes driver side exterior mirror, front wipers, passenger storage tray and rear door child safety lock. Whereas, the top-end-trim, Datsun ‘redi-GO S’ comes with the features including power steering, air-conditioning system, infotainment system, digital tachometer and a driver side airbag. 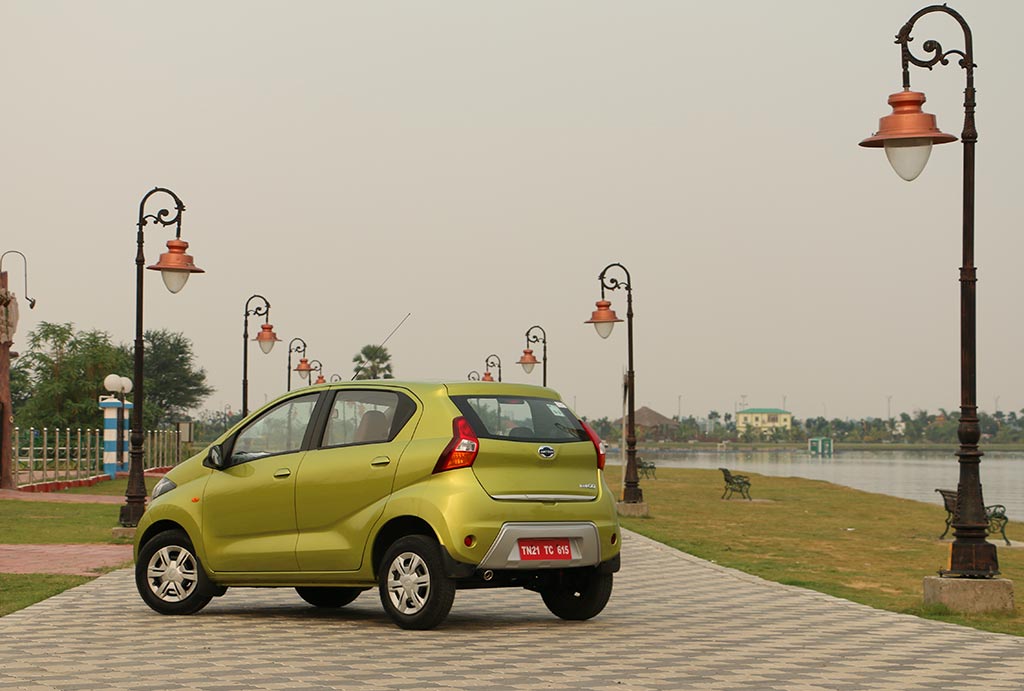 Talking about its power and performance, the redi-GO is powered by a 799cc 3-cylinder petrol engine, mated to a 5-Speed manual gearbox which churns out a maximum power of 53 bhp with a combination of the peak torque of 72 Nm. Datsun claims the fuel economy of 25.17 kmpl for its redi-GO. It is expected to be priced in between INR 2.5 Lakh to Rs 3.5 Lakh (Ex-showroom).

Datsun Redi-GO Gets ABS As Standard Ahead of Safety Norms
Views: 1115