The Italian bike maker, Benelli which has recently ended up its alliance with the DSK Motowheels, owing to latter went bankrupt, is planning to roll out the 302S soon in India. However, all the new launches from Benelli will take place under the supervision of brand’s new partner in sales and operations, the Mahavir Group from Hyderabad. The launch timeline for the new 302S is not disclosed officially yet. But we believe that by this year-end or by early next year, the 302S could hit the Indian biking industry.

Likewise, other products in brand’s Indian lineup, the 302S will also be introduced as a CKD unit which will further be assembled at the Hyderabad based manufacturing unit. The said facility is being developed and the brand’s new plant in the country. In the lineup, the new 302S will be designated beside its full fairing sibling, the 302R.

In terms of styling, the new 302S is more trendy as compared to the existing TNT 300. The bike features all LED headlamp with a split that makes you remind of 2017 KTM Duke 390. Other than this, it gets fuel tank, frame and off-set rear monoshock borrowed from the earlier model. It is sharp and compact that adds an all-digital instrument console to its feature list. 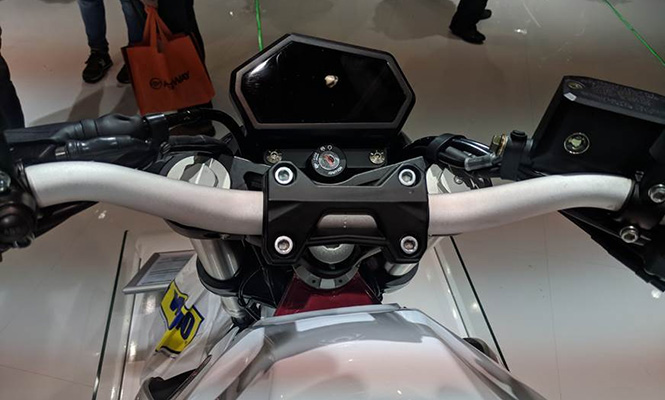 Powering for the new 302S will come from the 300cc, liquid-cooled, parallel-twin motor that supervises propelling on the 302R. The engine develops 38hp and transmits 25.8Nm of torque to the rear wheel via coupled six-speed manual gearbox transmission. The suspension setup comprises 41mm upside front forks and a rear monoshock that is shared by the predecessor. While the braking on this upcoming will be handled by the set of dual discs at the front wheel and a single disc at the rear. The advanced of the safety of dual channel ABS will also be provided as a standard fitment.

The Benelli TNT 300 was on sale in India at the price tag around INR 3.40 lakh (ex-showroom, India). We can understand that the 302S is an updated bike with additional features, it will definitely attract the price tag higher the outgoing model.

In terms of rivalry, the new 302S will go in competition with the likes of the KTM 390 Duke (Rs 2.42 lakh) and the newly-launched BMW G 310 R (Rs 2.99 lakh), if power figures and bike category are the concerned basis. With the elimination of Kawasaki Z250 from Indian lineup, there is no direct competition for the upcoming 302S.