A spy image of the camouflaged streetfighter from Italian Hercules-Ducati has surfaced on the internet. The picture has been clicked when the test bike, which is said to be the Ducati Monster 800, was performing its test runs. Speculated to join Ducati’s product lineup in 2017, this upcoming street runner will be the most affordable offering from the company. As the growing popularity of the low-cost middleweight segment worldwide, let the automaker think to manufacture a more accessible Monster offering for its prospective buyers.

On designing perspective, the 2017 Ducati Monster 800 is not only inspired from the Monster 821 but also fitted with the similar component of latter mentioned roadrunner. The borrowed elements include Monster headlamp, fuel tank, stepped up seat, alloy wheels, and the brake setup. On the other hand, the equipped cycle parts like offset rear mono shock and the swing-arm are taken from the Scrambler. 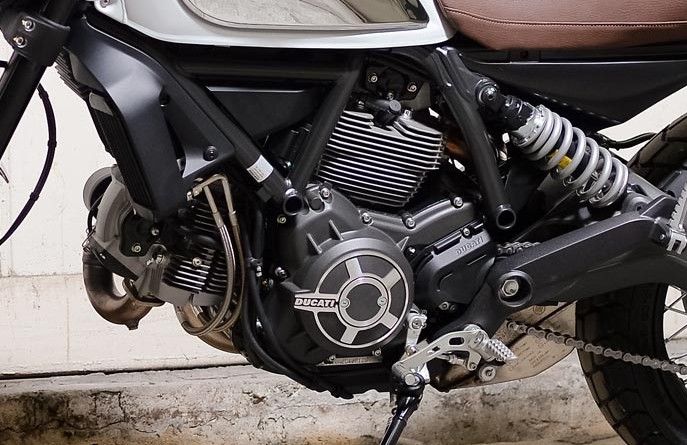 With the aim to cut down the price and make the Monster much more economical, Ducati has made a number of alterations. Out of which, the highlighted one is the placement of an air-cooled motor. Reportedly, it will get the propelling power from the borrowed 803cc, 2-valve, L-twin engine from the Scrambler which is capable of developing 75PS of power and 68Nm of torque.

The strategy of alterations to keep pricing low will help the Ducati to compete with the rivals like the Triumph Street Triple and the Kawasaki Z800. Still, the motorcycle will come equipped with the ABS as standard, as it is mandatory in various countries.