A few days ago, the crossover variant of the Ford Figo, the Figo Cross was spied performing test runs in India and South America. But this time, the facelifted version of the executive sedan Aspire has been captured doing test runs in Turkey ahead its global launch in 2018.

The new Aspire will feature a host of additional bits over the standard version. While the propelling powertrain will also be a new unit. The global market will witness the arrival of the new Figo Aspire first and its Indian launch is in darkness as there are no official words.

Beneath the hood, the Figo Aspire is expected to be loaded with a new 1.2-litre Dragon petrol engine. Well, the same powerplant may also introduce in the new Ecosport as well. 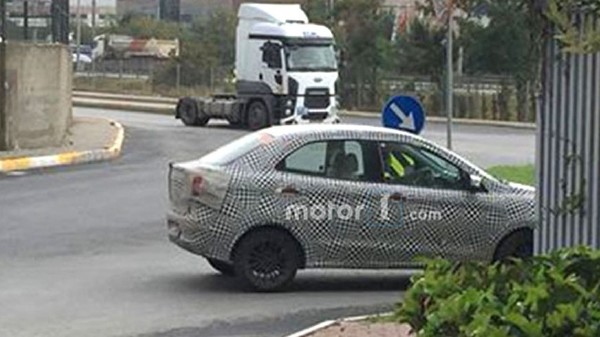 Reports hint that the new engine is around 10 percent lighter than the four-cylinder Sigma motor. The exterior is anticipated to get cosmetic changes in the form of revised headlamps, new alloys, and redesigned bumpers. Inside the cabin, the vehicle will receive the fresh set of upholstery and a reworked dashboard to fit a new touchscreen infotainment system.