Ferrari J50 Unveiled at the National Art Center in Japan

Ferrari has taken the wraps off from a spectacular limited edition supercar, the J50 in order to commemorate the company’s 50th birthday in Japan. It was unveiled in a ceremony at the National Art Center in Tokyo. The open-top supercar will be limited to merely 10 examples and will be custom-tailored according to every consumer’s individual preference. The exquisite design of the convertible is the joint effort of the Atelier Ferrari and the Ferrari Styling Centre located in Maranello, Italy. It will remind you of the Targa body style, widely used by the automaker in the 70s and 80s. 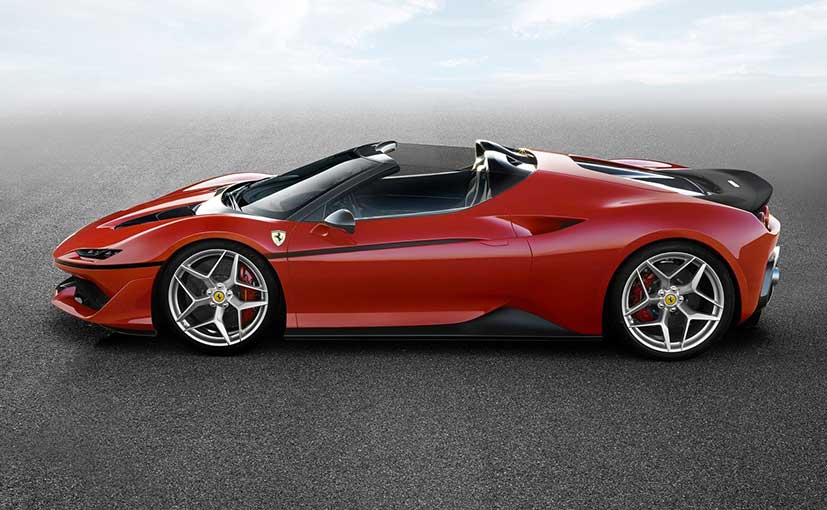 The power comes in the limited-edition J50 through the same 3.9-litre, twin-turbocharged V8 engine that once done its duty under the hood of Ferrari 488 GTB Spyder, but generating an extra power of 20 bhp, taking the total up to 690 Bhp, while the torque stands at the same 760 Nm. No further performance figures have been released yet, but the rear-wheel drive supercar is believed to carry same specs as the 488 GTB which was able to hit 0-100 kmph of sprint in just 3 seconds and was good enough to do a top speed of 325 kmph. 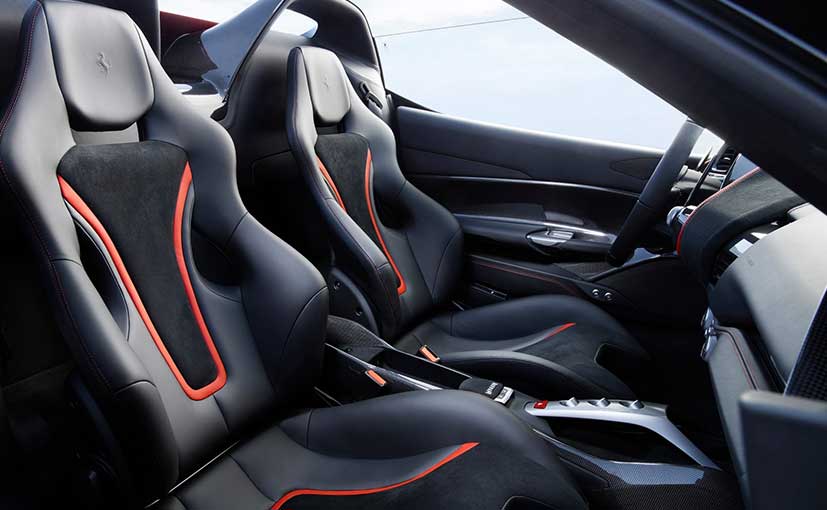 Aesthetically, the convertible drag some cues from the 488 GTB with which it is shared its underpinning. Besides, the front end styling seems to be inspired from that of the 2015 Ferrari Sergio. The front bonnet is so closer to the ground and so the wheel arches are raised, however, this is very common among the automaker’s mid-engined supercars. A black line that connects the front bumper to the side resembles the 288 GTO, F40 and F50 that also has a similar one. 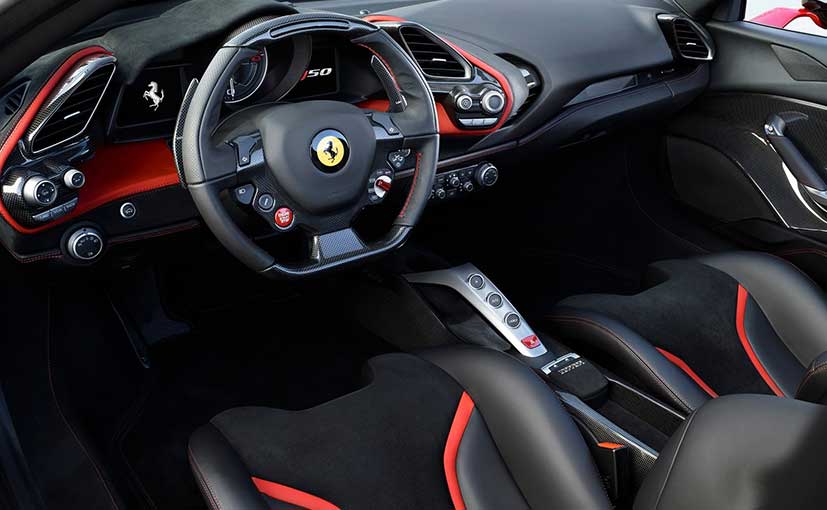 The bonnet also sports slit-like LED headlights and two carbon fibre air channels giving it more characteristic looks. A windshield of the car is making a closer glimpse to a helmet visor. Around the back, the J50 comes with a transparent polycarbonate cover by which you can look up to the V8 engine. The rear also equipped with a quad taillight design, rear diffuser and exhaust pipes situated slightly higher up in the rear bumper. Moreover, the car stands on 20-inch forged alloy wheels. 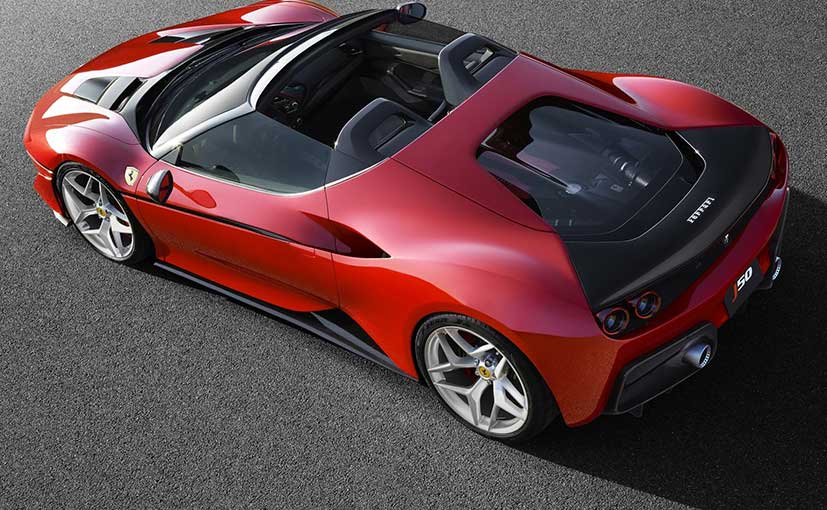 The interior of the J50 supercar is typically Ferrari and comes loaded with a set of bucket seats that can be customised according to the owner's likes. The dashboard and multi-functional steering wheel are similar to the once seen in the 488 GTB. Moreover, Ferrari did not lighten up all the details including the price as well but has confirmed that all 10 examples will be sold to existing valuable customers.

Review On The Most Beautiful Supercar: Ferrari Portofino In Brief
Views: 646