Back in last month, American auto major Ford had revealed this facelifted EcoSport at the Los Angeles Motor Show and since then a number of reports have started emerging online claiming about its expected launch in the market. If these media reports are to be believed, the Indian auto segment is soon going to welcome this refreshed SUV. The best chance of arrival of the car here is in the third week of January 2017. The automaker has applied noticeable renovations on said unit in terms of both cosmetic and styling, while powertrain remains same. 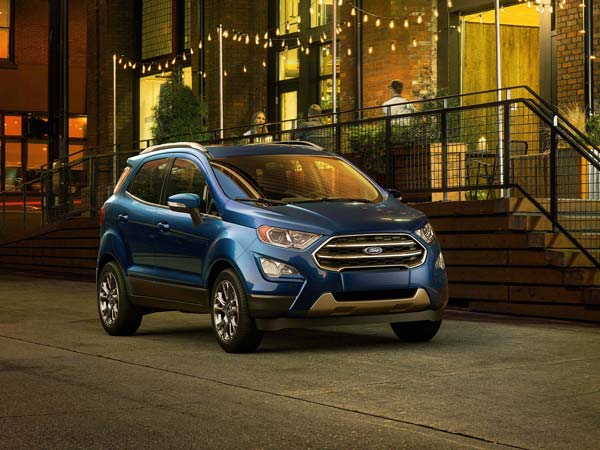 At the outset, the facelifted EcoSport features a range of captivating cosmetic components that are now in-line with the company’s young SUVs like Ford Kuga, Explorer and Everest. The face of the compact SUV house new one piece hexagonal grille against the split grille seen on the regular model.  The headlamp clusters, fog lamps and the front bumper have also been redesigned to compliment the revamped bonnet. The side profile remained more or less similar to the standard version of the vehicle barring a new set of alloy wheels, while at the rear, the car is believed to drag features from the European-based model, which does not sport the spare wheel on a tailgate.

Inside the cabin, the car house a prominent makeover from the outgoing unit. The automaker has revealed several control surfaces across the cabin, without making any changes in basic structure of the dash. Besides, the steering wheel, instrument panel and centre console are completely different from the last one and comes in a new layout. The centre console is now highlighted by a new touchscreen infotainment system with Ford SYNC 3 that compatible with Apple CarPlay and Android Auto smartphone integration. Some of the other noticeable features are - 10-speaker sound system including B&O PLAY-branded tweeters and woofers and a subwoofer, fast-charging USB ports facility on the centre console, revised air-con controls, etc.

Inside, the 2017 EcoSport has got numerous updates including a few control surfaces over the dash, but the basic structure of the dash is same as the earlier one. A new touchscreen infotainment system integrated with Ford SYNC 3 is there supporting both Apple CarPlay and Android Auto smartphone integration. Moreover, the steering wheel and instrument panel have got a new layout. Some of the other noticeable features are - 10-speaker sound system including B&O PLAY-branded tweeters and woofers and a subwoofer, fast-charging USB ports facility on the centre console, revised air-con controls, etc. It also comes loaded with two fast-charging USB ports facility - a 12-volt power outlet and an 110-volt outlet situated behind the center console, and a 12-volt outlet in the rear. 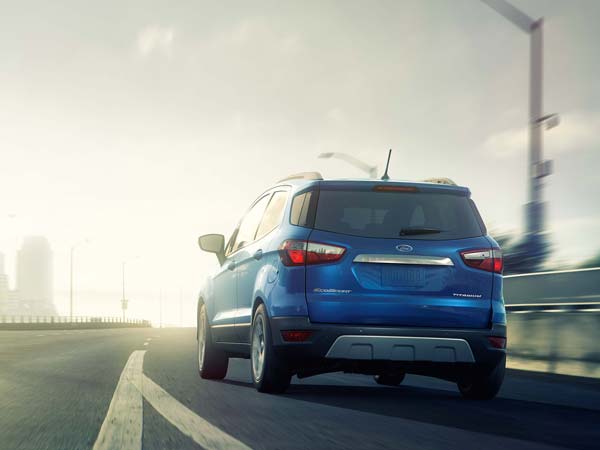 Let's have a look beneath its skin, the 2017 Ford EcoSport will be offered with the same set of engines currently being powered the ongoing model. These include a 1.5-litre petrol engine, generating 110 PS off power and 140 Nm of torque and a 1.5 litre TDCi diesel mill producing 100 PS of power and 205 Nm of torque and a 1.0-litre EcoBoost engine. Transmission options will come in the form of a 5-speed manual and an automatic gearbox, which will help the engine to dispatch the power to the front wheels only.