Ford India has officially announced the Bookings for its much-anticipated sports car, Ford Mustang GT which has already sold out once in the country with the limited units of 100 and become the most popular sports car of India within a month after its launch. The Ford Mustang GT is imported to India via CBU (Complete Built Unit) route and will continue to do so with the upcoming batch.
Initially, the company decided to introduce this muscular sports beast with the limited number of units only, but not anymore! After receiving the huge market demand, the giant American auto manufacturer changed its mind towards fulfilling the demand first, and the Ford Mustang GT is making the comeback with the same power of more than four hundred horses. 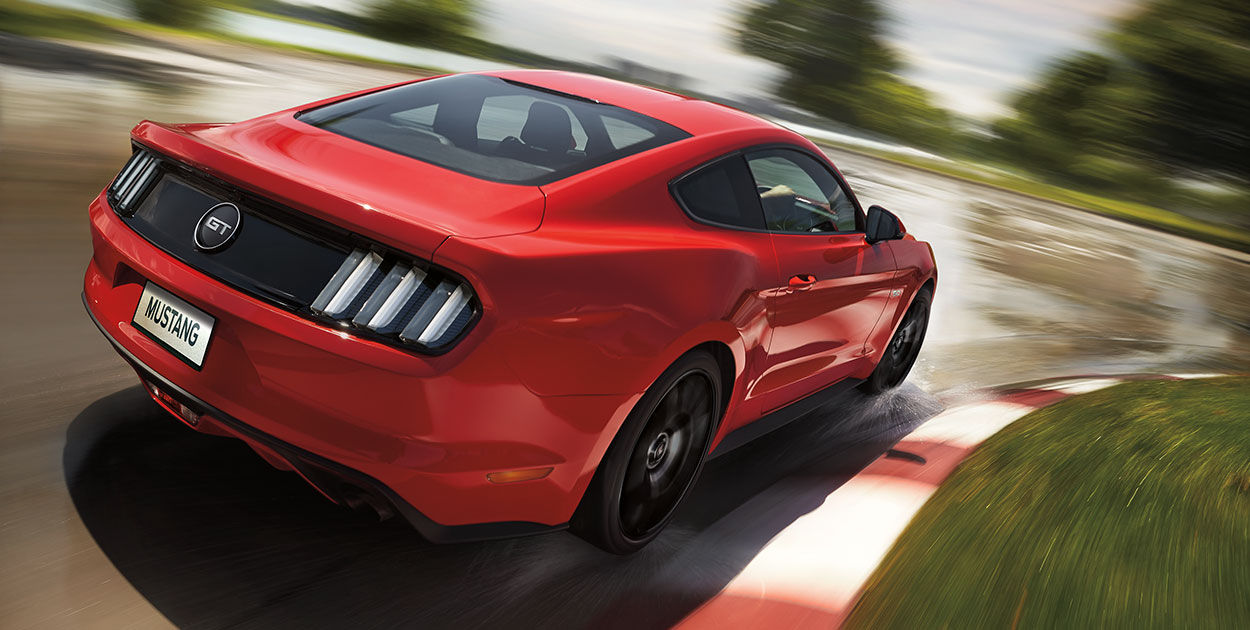 Launched back in July this year, the Ford Mustang GT got a price tag of INR 65.0 Lakh (Ex-Showroom Delhi) and was limited to go on sale in Mumbai and Delhi. What we have is the top-of-the-line 5.0-litre V8 Mustang GT. Furthermore, under the moniker of sixth generation model, it is the first time when this beast is available in the RHD (Right-hand drive) facility. 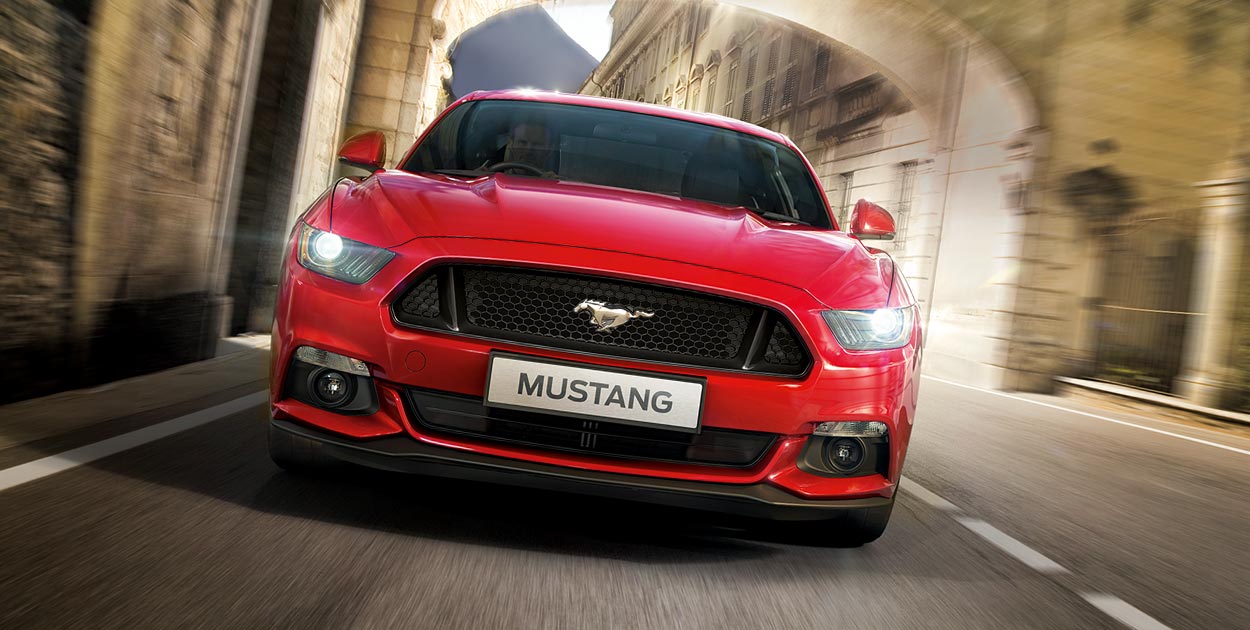 It grabbed the attention of millions of eyeballs at the earlier this year concluded 2016 Auto Expo for its style, design, and features. World-wide, the Mustang is offered with range engine options including a 2.3-litre 4-cylinder EcoBoost, 3.7-litre V6 and 5.0-litre V8. And for the India-spec Mustang the only last one, the top of the trim is offered, the 5.0-litre Ti-VCT naturally aspirated V8 engine that churns out a massive power of 401 PS in combination with the peak torque of 515 Nm. The engine is further mated to a 6-speed Getrag dual-clutch automatic transmission with paddle shifters. Quick off the mark, it hits 100 kmph from standstill in just 4.5 seconds all the way to the top speed of 250 kmph. 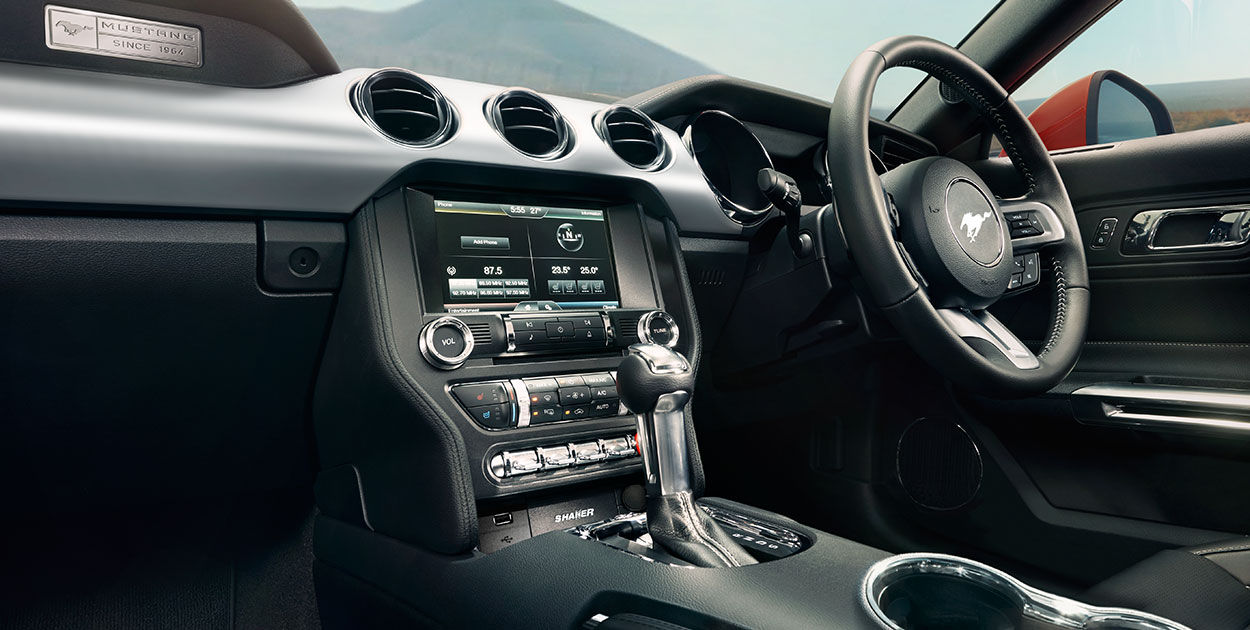 Moreover, the 2+2 seating arrangement Mustang launched with a number of first in class design elements and offers the luxurious comfort. Inside the cabin, the Mustang gets a slew of distinct features such as leather seats with 6-way power, leather wrapped steering wheel, ambient lighting, MyFord 8-inch touch infotainment system, push engine start/stop button and dual purpose center console with armrest and storage box.
The exterior design features a perfect balance of the old and the new generation, as it retains some of its design elements from its previous year's models such as the long bonnet, chunky rear and muscle body structure.
The new Mustang comes with a host of technology genius features that always keep you a step forward from the rest in the segment, the list includes four drive mode options (normal, sport, sport+ and snow/wet), electronic line lock, dual-zone HVAC system, adaptive cruise control, Electronic Stability Control (ESC), traction control, Blind Spot Information System (BLIS), Cross Traffic Alert, dual front airbags, rain sensing wipers and much more. 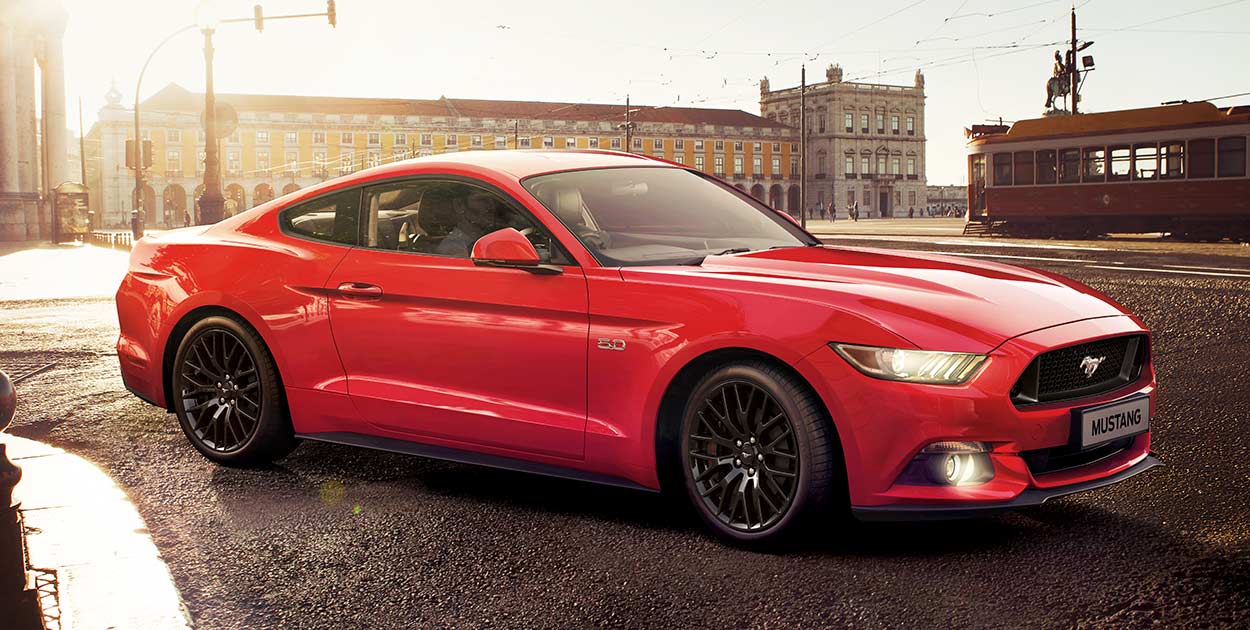 It has been decorated with signature HID headlamps, long bonnet, a large grille which also dominates a galloping horse, and daytime running lights, while the back profile houses the rear diffuser and LED tail lights.
In India, there is no direct competitor to this iconic pony car, as it is a fresh entry of its kind. However, the launch of Mustang may inspire the brands like Chevrolet and Dodge to bring their models Camaro and Challenger respectively in India. Moreover, the ‘Godzilla’ from Nissan, tagged as ‘the GT-R’ is already on its way to tumble the Indian sports car segment.
Get latest and updated information about automobiles on our Google Plus Community Speed Gears.

2018 Ford Mustang GT Facelift to be Launched in India Early Next Year!
Views: 2267