The government is making efforts to implement the Goods and Services Tax (GST) in India from 1st July 2017. GST Council has finalised the taxation rates of more than 1200 items on 18th May. Basic food items like consumer goods are categorised under lower tax rates. Under the GST Taxation Structure, cars are categorised under 28% slab rate along with additional cess.

Speaking about the change in taxation, Sarika Goel, Tax Partner, EY India, said “While the GST Council debated GST rates for vehicles, no consensus was reached on the same during today’s meeting. While the taxation of luxury vehicles is widely being expected at 28% plus a cess of 15%, what is interesting to note, that as per the media reports, the Council seems to be considering levy of a cess even on small cars in addition to GST at 28%, albeit at a much lower rate compared to luxury vehicles. Definition of what would classify as small cars and luxury cars respectively is also awaited – it appears likely that the same would be based on engine capacity, length etc rather than the retail price. The FM, during the press conference post today’s meeting, mentioned industrial intermediates being taxed at 18% GST; however, it is not yet clear whether auto components would fall under this category.”

The effect of GST on different vehicles (cars) are mentioned below:-

After the implementation of GST, finalised tax rate is 28% along with additional cess 1% to 3% will enhance the total tax rates and it goes up to 29%. Small cars (less than 4 metres, petrol) will charge 1 percent cess while small cars (less than 4 metres, diesel) will charge 3 percent cess. However, higher taxation rates will increase the overall prices of small cars. The increase in the price of cars will negatively affect the buyer mind as well as automobile manufacturers.

Sedan and SUV or midsize cars include Honda City, Creta, Ciaz, Duster and so on. Mid- size cars will be uninfluenced with the implementation of GST rates. Currently, these vehicles charge approximately 43% of tax rate (including VAT and other levies). After the implementation of GST, the flat 28% tax rate along with 15% cess will bring total to 43% of tax rates. As a result, automobile manufacturers or buyers will remain unaffected with the GST Regime after the announcement of GST Rates. 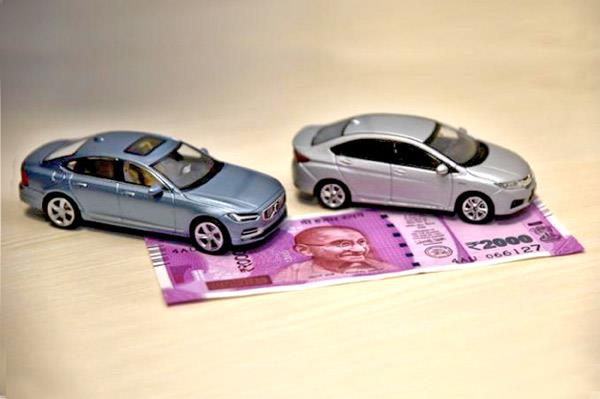 Luxury or Premium Vehicles include Mercedes Benj, BMW, Audi, Jaguar, Volvo and so on. Those who are looking to purchase luxury cars will joy with GST taxation structure and might bring fallen the overall prices of such cars. Currently, 55% total tax (including VAT and other levies) is charging on such cars. After the GST implementation, this rate will fall down significantly by 43% (28% tax + 15% Cess). As a result tax rate decrease by 12%., simply means next luxury or premium car soon become considerably cheaper.

Tax and Cess rate on Hybrid and Electric Vehicles yet have not been disclosed by the Government.