Harley-Davidson has its own list of thousands of fans-followers throughout the world and still counting. HD doesn't require any introduction, as its eulogist catalog will tell the whole story. The fan catalog is so long that they had created a group of HD owners, named Harley Owners Group. The HOG has been scheduling various rides and Jamborees throughout the year and around the world, and to put together each rider's passion and love for his motorcycle. The World Ride is being organized to celebrate the liberty and passion of riding they have, while riding the motorcycle.

The group has been organizing many events every passing year. The Harley Owners Group, offers lots of benefits to its members, and they all have only one thing in their mind i.e.'We all Love to Ride, if you too, then come and join us'. This year, the group has scheduled a World Ride on June 22-23, when millions of Davidson's will arrive over the road and will change the ambiance with its Po-Ta-To, Po-Ta-To voice. 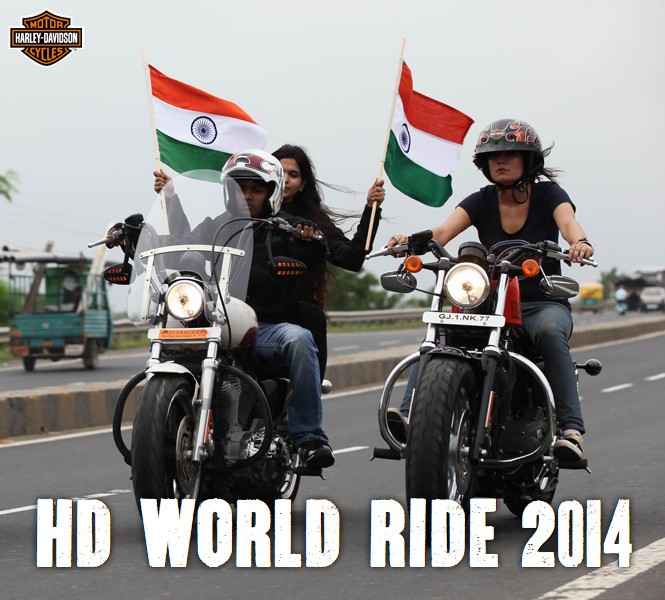 This event is known as "Million Mile Monday". The group had launched this event in the year 2008, and in the year 2012 the event was expanded to two-days riding. This annual riding event will give each rider an opportunity to participate, across the world. Every HD rider's mile has been counted by the event organizer and is recorded by a rolling odometer which will give collective miles cruises by every rider.

In the World Ride of 2013, total 65 countries had participated and en masse, they have achieved more than 10 million miles. During last year's ride, India was one of the leading country among the top 5, contributing 611,076 miles. The participants can log their total miles, and they are free to go solo or in groups. This time the rally will be towards Khajuraho, Madhya Pradesh. The participants can also share their experience of riding around the woods, by uploading their stories and pictures through social networking sites.