The largest motorcycle manufacturer, Hero Motocorp wants to complete its last year plan regarding the launch of 15 new products. However, the spying chine begin off its bikes to charm the customers. Many a time, bikes were spotted while testing with one more has been spied. It seems that the manufacturer will launch the bike to target the rural market. The Spied motorcycle, Hero Dawn 125 is found as the part of the company's15 new products, that will be launched in 2016. 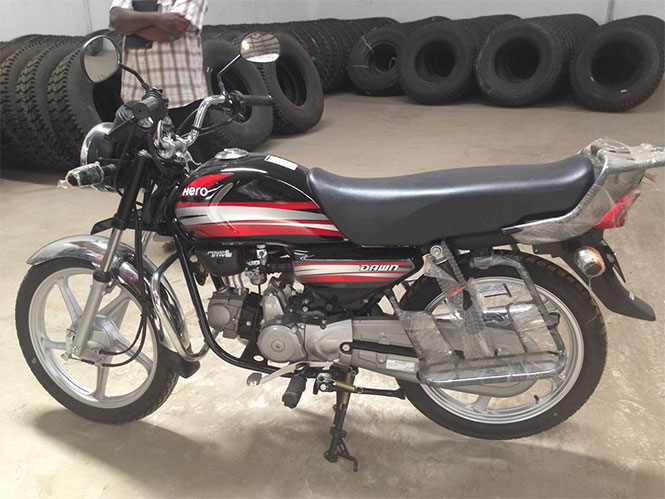 Talking about its design and styling, according to image source, the spied Hero Dawn 125 is manufactured based on the HF Dawn commuter bike. The handlebar incorporates with a round shape headlight and visor. The fuel tank of the bike is not visible in the image. The motorcycle is blessed with spoked wheels, indicators which produces simple look, a long single seat which makes a comfortable riding to the rider. The bike is featured with a heavy duty luggage carrier at rear end as well as to the sides, which helps to carry a heavy luggage. The bike gives better balancing power, as its kerb weighs 125 kg. The series of HF Dawn has been considered as the most popular seller product from Hero, after Splendor. The bike will increase its overall volume, as it is planned to target the rural market. 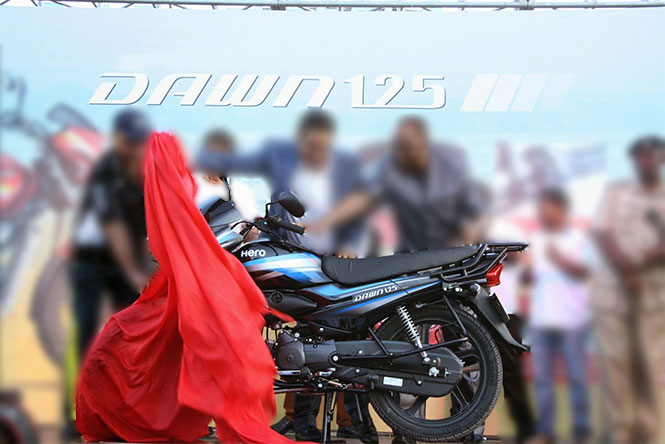 In terms of power, it has borrowed its engine capacity from the Glamour. The bike is backed up by an air-cooled, single cylinder and 124.7cc engine, that churns out the a maximum power of 9.1 PS and 10.35 Nm of torque. The motorcycle receives a good torque and better fuel efficiency, as it is blessed with 125 cc motor. 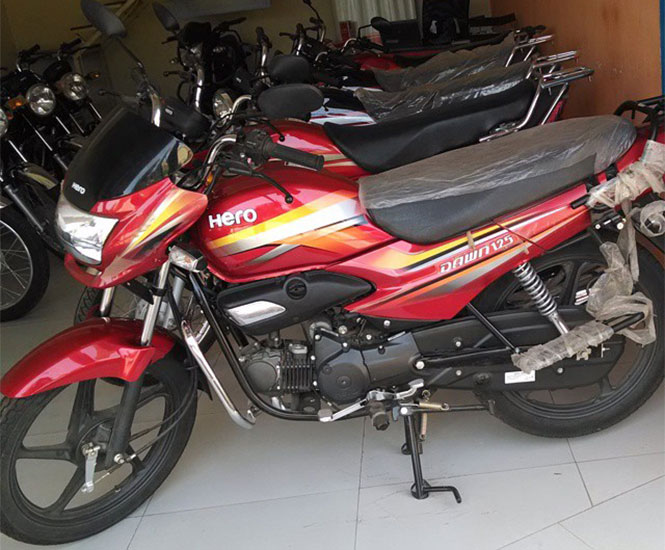 Hero will sell its Dawn on a price tag of around Rs 55,000/- to Rs 60,000/-. As per the market trend, the low utilitarian vehicle poses good demand in the global market. Further reported, Bajaj Auto also sells its premium product Boxer 150 in the overseas market, but not in India, till now. The bike is expected to launch its view in this fiscal or first half of 2016.

Hero MotoCorp Armed its Commuter Bikes with the Safety of SBS
Views: 719