Dedicated to producing electric scooters, Hero Electric is looking forward to giving a new dimension to this electric segment with the introduction of lithium-ion batteries in the coming years. As of now, the lead-acid batteries are being used as an agent to supply propelling power in the brand’s current lineup. Sooner, which will be replaced by Lithium-ion batteries. If go by the company words, the factors such as evolved technology and government subsidy along with low-cost material price will support the development of lithium-ion batteries and their use in electric scooters. However, they priced costlier than the ongoing lead-acid batteries.

Lately, the new lithium-ion battery which will thoroughly supersede the lead-acid batteries was put on display by the Hero electric. Alongside, the company also premiered its range of eight electric scooters concepts which will be the brand’s flagships in coming future.

According to the Hero Electric, MD, Mr Naveen Munjal, the biggest hurdle in the electric two-wheeler business in India, is less aware towards electric mobility and this challenge can only be overcome with the introduction of new lithium-ion batteries which are capable in offering better performance, bigger range and lower charging time. As an idea, the lithium-ion batteries can perform almost similar to the petrol powered scooter. 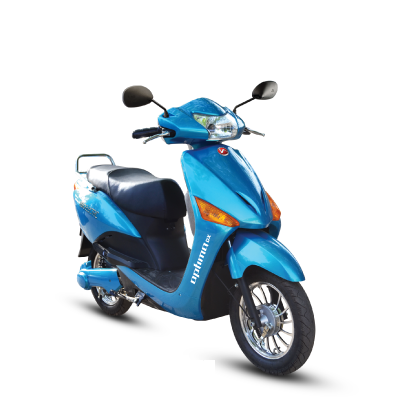 The infrastructure is also one of the major concerns that hinder general public from opting an electric scooter.

With the global market that is looking to electrify the mobility in near future, the Indian crowd is also changing their state of mind and taking the initiative to opt an electric vehicle. The similar is witnessed from the Hero Electric’s 27,000 units sales this fiscal and the brand is looking for a growth of more than 75,000 scooters sales in the forthcoming financial year. While, the launch of AXLHE-20 concept in its market-ready form in the next financial year, will expand the product lineup. As reported, the scooter is capable of reaching the top speed of 70kmph and travel up to a 100-kilometer range.

The Hero Electric dealership network has a range of 500 outlets including 350 exclusive dealers and remaining sub-dealers. Furthermore, the brand is pondering to add 100 outlets every year. Besides, the online e-commerce portals are also the platform being used by the Hero Electric to sell its products. However, the generated sales through this medium are low.