Hero Moto Corp has boosted up the changing texture kind of schemes with their bikes after they got parted with Honda motorcycles. Auto Expo has revealed many surprising models belonging to different categories. The motorcycle segment has given birth to new segments with much sporty looks. One of those is named as Café Racer on which The Royal Enfield GT Continental is based which a heavy 535cc machine and can be abbreviated as master of Indian bikes. Hero did the same treatment with its bestseller splendor pro and launched the same at Auto Expo.

Under the tank, the machine powering this baby Café Racer bike is the older unit borrowed from its earlier version. it runs over the 7.7 BHP of power generated by 97.2 cc engine at 7000 RPM with a maximum torque of 8.04 NM mated to 4 speed gear box. Key aspects which are significant and obvious to notice are round headlight, round wing mirrors with chrome plating, new handle bar, Café Racer inspired seats, new tail lamps, front metal mud guard and a generous use of chrome all over the bike. 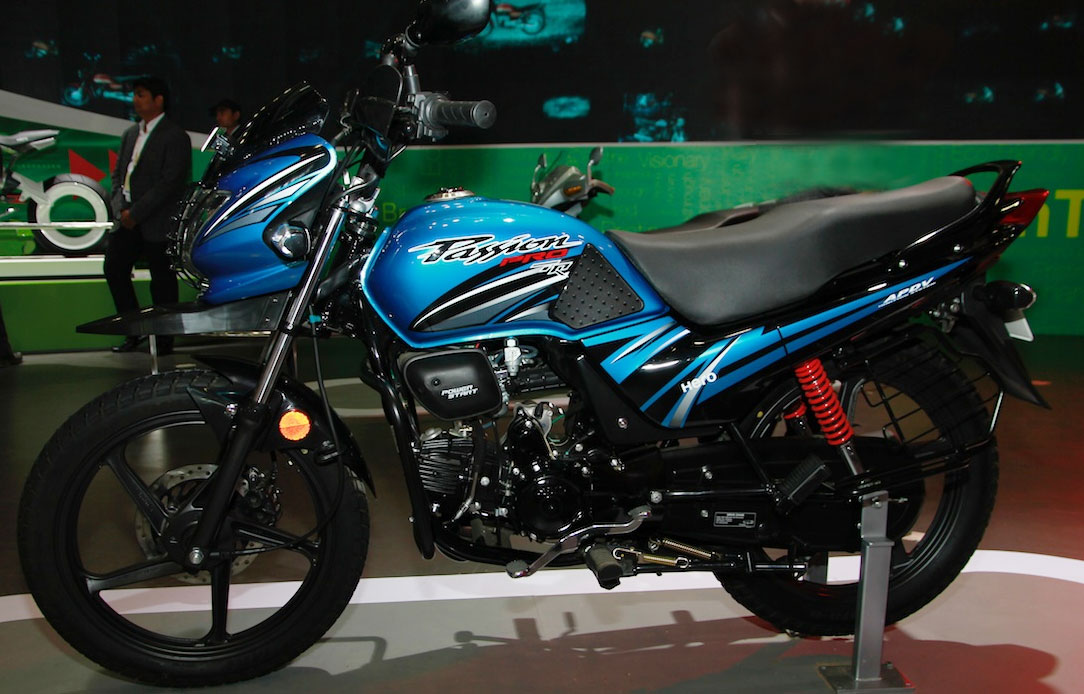 On the other hand, Hero displayed a rugged version of Passion Pro and name it as Passion Pro TR. This bike has new body graphics, tank attached rubber grip, headlight grill, high mount front wheel muffler, hand guard, high bristled tires etc. under the hood the is powered by the same engine which was boasting it earlier. a 97.2 cc unit which produces 7.7 BHP of power at 7,000 RPM and 8.04 NM of torque revolving at 4,500 RPM. The engine is mated to an air cooled, single cylinder OHC design which is ideal for city commute.