The Japanese colossal, Honda has garnered a huge round of applause for its showcased Adventure tourer, Africa Twin at the last year commenced Delhi Auto Expo. Now, the company has officially announced the arrival of Africa Twin by the mid of 2017. The motorcycle will hit the Indian shores via the CKD route and it will be the second offering after the CBR650F via this medium. However, the localization chances of Africa Twin are almost negligible now and in the near future.

The manufacturing of the purposely built adventure motorcycle will be done at the Honda’s prominent facility at Kumamoto in Japan. Apart from this upcoming, the Kumamoto plant has already been produced some bigger motorcycles in the company’s lineup. However, the delay in the launch of Africa Twin is the resultant of recent earthquakes in the region, owing to which, Honda has to shut down the factory for a duration. But after when the production has started again at the Kumamoto, Mr. Y S Guleria (Senior Vice President Sales & Marketing Honda), has divulged at an event that the Africa Twin will be launched in India by mid-2017 via the CKD route. 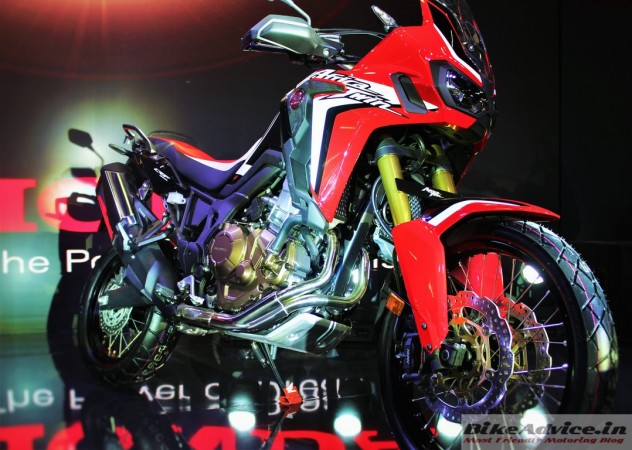 When asked upon at an earlier upon event this is what Mr. Y S Guleria said, "We never had plans to launch (Africa Twin) immediately so there is no delay as far as schedule is concerned. we are already in the next stage of completing the CKD kit, and then our teams are undergoing training. so we are on schedule and probably by middle of next year we will be with the Africa Twin."

For your kind information, let me remind you that the whole similar scenario Honda has also done before with the 650F, which has also been premiered at the 2014 Auto Expo and then launch took place later in August 2015. Now for the Honda Africa Twin, we can just wait and watch and hope for a competitive pricing of the motorcycle.