India-made Brio facelift will be produced keeping in mind the Indonesian-spec model. As far as the exterior styling is concerned, the front fascia gets a larger grille underlined with chrome strip. The front bumper comes re-designed with the foglight enclosure at the bottom. On the rear part, the Brio facelift gets a spoiler along with a wiper, which is quite appreciable. However, Other ASEAN markets got the wiper packed Brio way back in 2013 but due to some reasons the update couldn't reach India. So, now the awaited apdate has been done. 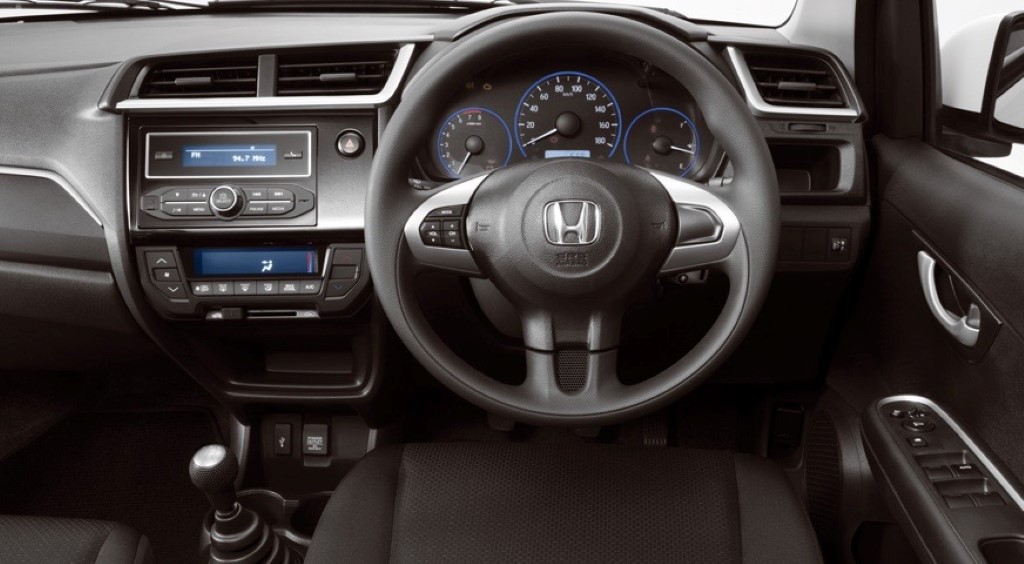 From Inside, the Brio is decorated with a new dashboard which can also be found on the newly launched Honda BR-V and Honda Amaze facelift. The cabin Sports an all-black theme. The value added features include automatic climate control, a Bluetooth-enabled music system and a large instrument cluster.

Under the hood, the Brio facelift continues with the 1.2-liter i-VTEC four-cylinder petrol engine that is capable of producing 88 PS of power and 109 Nm of torque. The engine comes mated to a 5-speed AT for a CVT. To be noted, the South Africa-spec Brio facelift was launched with 5-speed MT and AT.

The Brio facelift is likely to be launched in India during the festive season this year. Honda has already accelerated the production of the next-generation Brio and Amaze which have been codenamed 2UA and 2UB respectively.