The 37th Bangkok International Motor Show 2016 has been started from March 21 and several automaker giants are showing their eyes catching products at show. Among all these, the Japanese two wheeler maker, Honda is also gaining a lot of appreciable love from the enthusiasts. According to the resource, the firm has exhibited the three new concepts of Honda MSX125 and a naked bike, called Honda CB650F that is a naked version of the fully faired CBR650F at the ongoing Bangkok Motor Show. 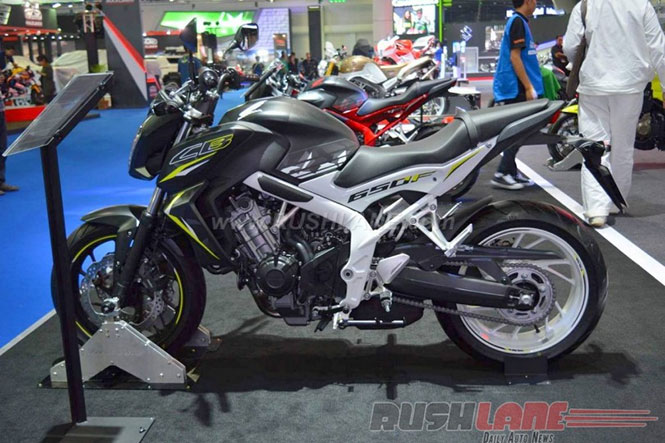 First, we talk about the Honda CB650F, the firm has revealed the bike in an iconic paint scheme-Grey and White, therefore the new livery is capturing a huge number of the younger audience. The white color is covered over the chassis and rear wheel, while the grey color is finished over the fuel tank and other body panel. The black color is finished over the front wheel and a racing stripe. The mix paint scheme enhances the appeal of the motorcycle at the event.

There are no mechanical changes to the CB650F. The street tracker gets the power from a liquid-cooled, four cylinder, inline and 649cc motor that draws out a maximum power of 86 PS and a peak torque of 63 NM. The engine is mated to a six speed transmission. The braking duties are performed by twin discs upfront at the front side and a single disc at the rear end. While the suspension duties are managed by a conventional telescopic front fork and rear monoshock fork. 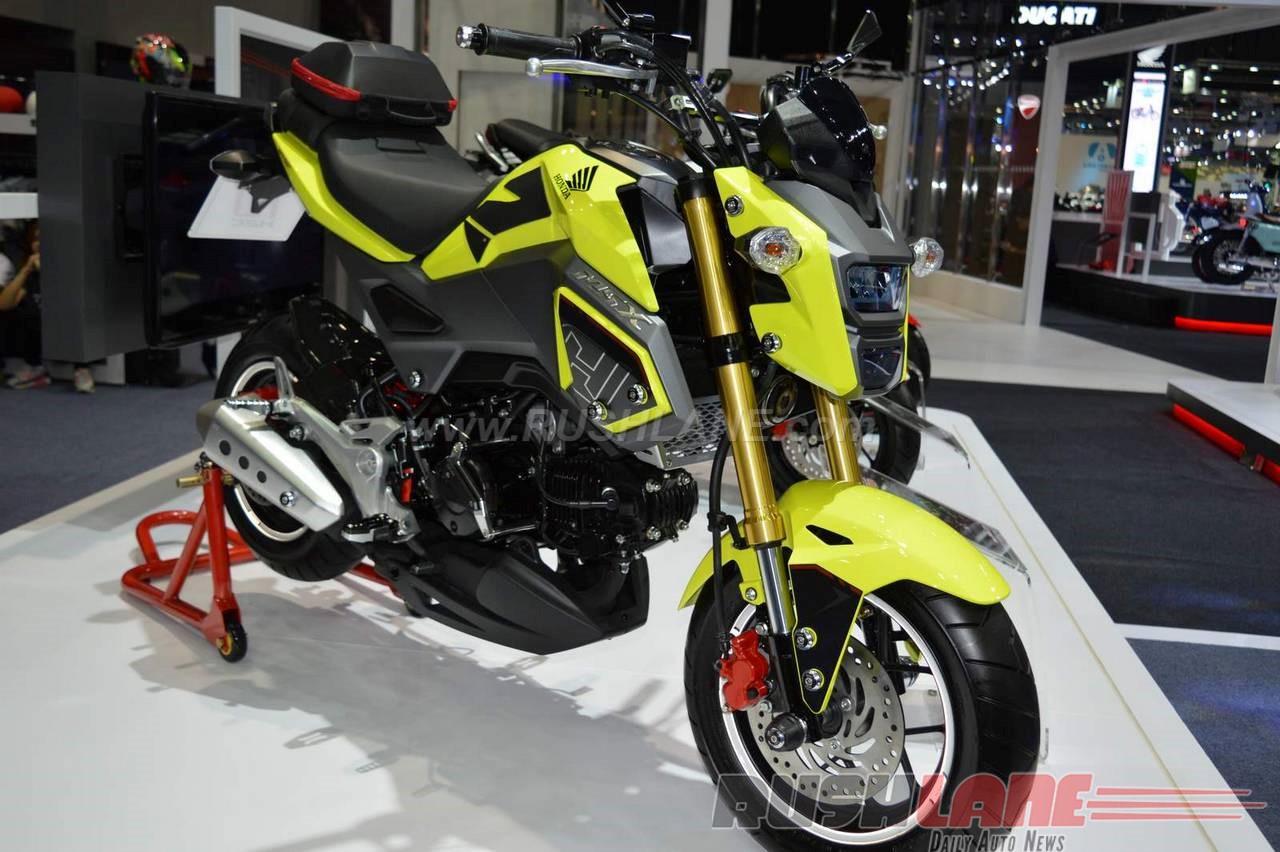 Read Also: Honda Motorcycle and Scooter Range up to 2016 in India 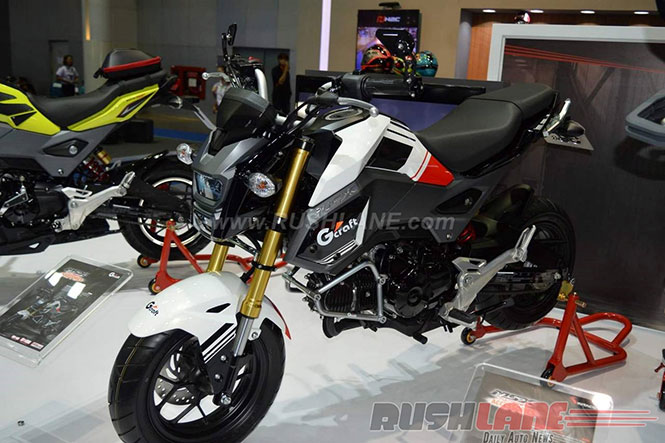 This new concept is finished in red, white and black combine paint scheme that attracts the eyeballs of the audience. The MSX125 Gcraft comes with a high mounted rear view mirrors, massive fuel tank with logo of Gcraft, engine guard and silver rails. 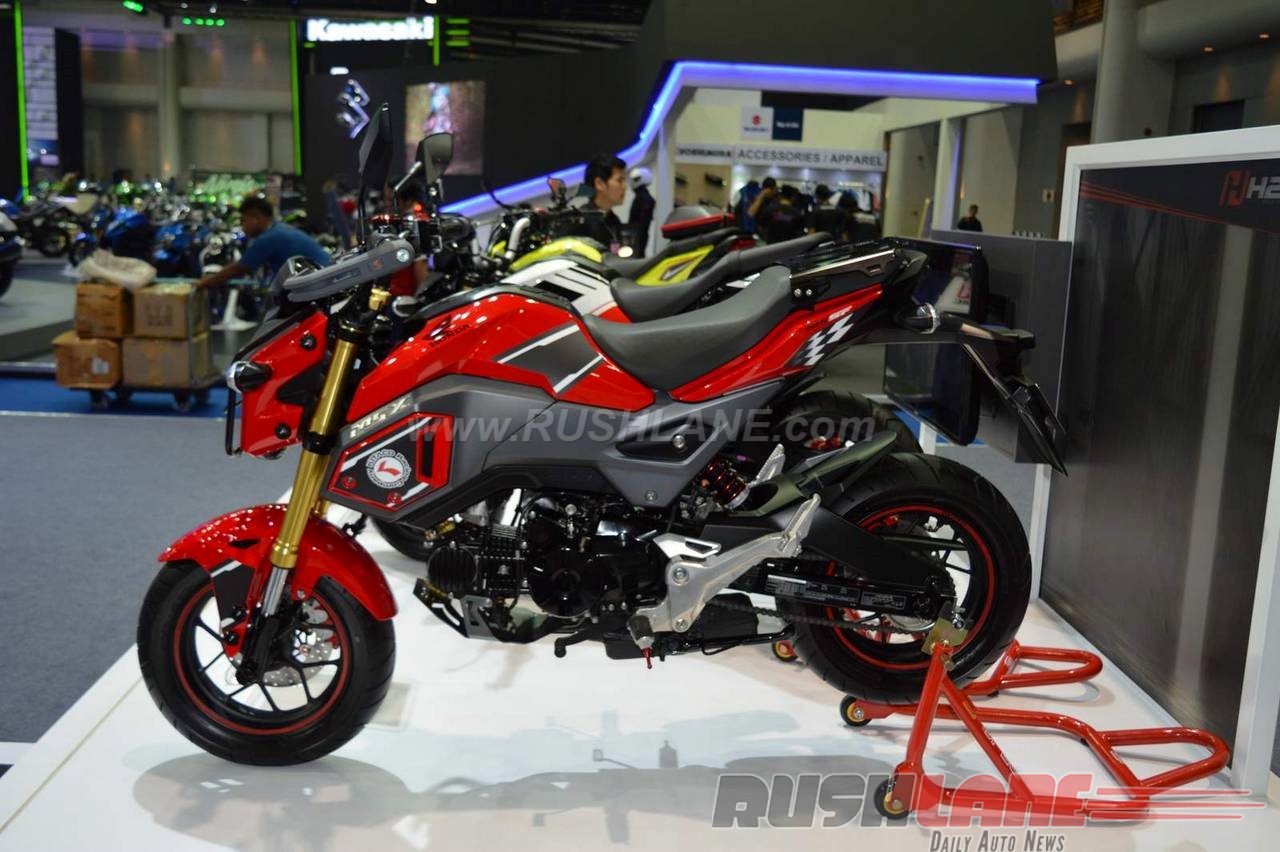 Honda MSX125 Kitaco also offers a stunning look at the show as it is painted with classic red and black. This concepts receives more accessories compare to other both concept. The red color is covered over the fuel tank, side body panel, front mud-guard and front cowl. It comes with Kitaco logo on the tank extension, revised tail-light, high mounted pannier and red rim tapes.