Well, it was in the month of February, earlier this year, when the Honda has showcased the all new CBR 650F and promised to launch it pretty soon in the coming year. Now, the company has kept its promise and started readying the fully-faired sports motorcycle. The Honda Motorcycles has also announced a 160cc commuter segment motorcycle to get launched in India quite soon or might in the coming year. Although, the firm hasn't disclosed any other detailed technical or cosmetic information apart from this.

The Honda CBR 650F is a fully-faired sports motorcycle, acquiring 4-cylinder configuration and carrying an engine displacement of 649cc. The power plant of the sports motorcycle includes a four-stroke, four-Valves, in-line four cylinder fuel-injected engine. The motor is tuned in a manner to deliver a mid-range power and torque figures. The 649cc displaced engine is able to generate a total power of 87 BHP @ 11,000 RPM and a peak torque of 63Nm @ 8000 RPM. The engine is mated to 6-speed transmission in a pattern of 1-down and 5-up. 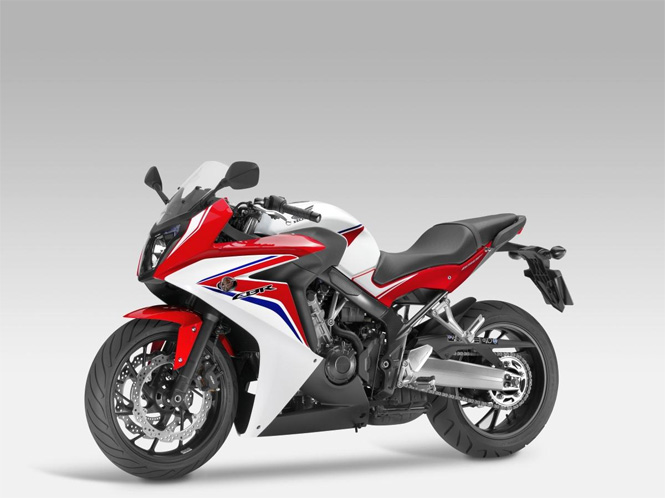 The motorcycle aficionados are eagerly waiting for the Honda CBR 650F to hit the Honda showrooms in short period time. The firm has offered quite nice Telescopic front forks and Swingarm with monoshock at the rear. The stopping power has been taken care by double-piston calipers disc brakes at the front and single-piston disc brakes at the rear. Even though, just a few days back, the Honda Motorcycles has made an announcement of producing heavy engine sports motorcycles locally, the Honda CBR 650F will be making its appearance via the CKD route.