All new 2019 Honda CBR650R which has been debuted in front of the world at the 2018 EICMA show in Milan, is now available at INR 7.70 lakh. HMSI has announced the launch price for the motorcycle under INR 8 lakhs. The official bookings for the model have been commenced at Honda’s premium dealerships- Honda Wing World Dealers available across 22 locations in 16 states of India. One can register his/her booking at these premium dealerships at the token amount of INR 15k. Lately launched Honda CB300R is also available at these mentioned dealerships.

FYI, new 2019 CBR650R replaces the discontinued CBR650F model in Indian lineup. The CBR650R packs a powerful 650 cc inline 4 cylinder engine that is claimed to deliver 5 percent more power than earlier. The churned power figures for the mill in question is 95PS and 64 Nm while on the rev range it goes all the way to 12k rpm. The power delivery from the engine is seamless across the rev range. The 2019 Honda CBR650R is a lighter offering with 6kgs less weight than earlier. We can say the power to weight ratio for this model has improved by 8 percent. 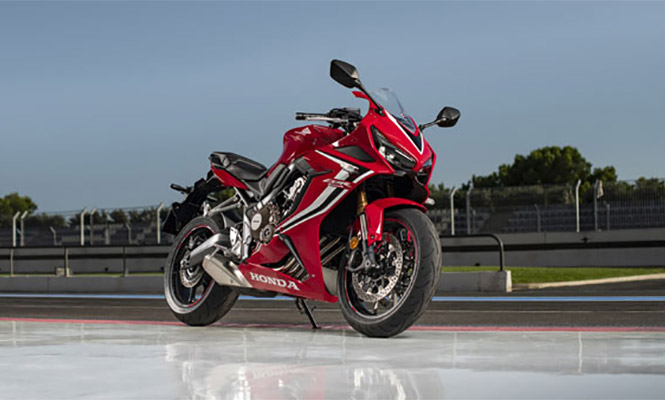 After the 2019 global fun model line-up unveils in EICMA, Honda has now opened bookings for its new middle-weight sports machine CBR650R in India too. With an aggressive Fireblade inspired bodywork, a strong dose of CBR sporting intent & intense power, Honda’s Make-in-India CBR650R will entice fun bikers of India like never before!